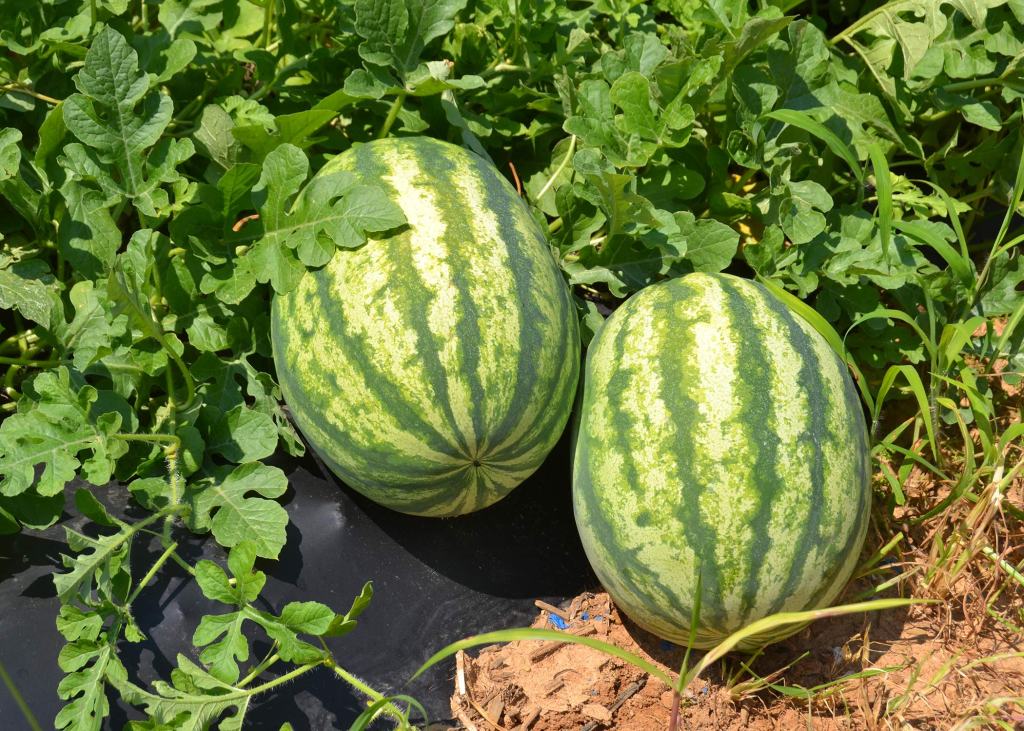 Watermelon production is on track despite cool weather at planting.

“I’ve been in our watermelon fields a good bit over the past several days,” Heath Steede, Mississippi State University Extension agent in George County, said on June 9. “The crop looks really good. We had a slow start with the cool nights this spring, but they caught up later. The watermelons are stacked in there, and we’ll have a good crop as far as the number of melons.”

Continuous rains, however, have Steede a little concerned.

“My only worry is what the weather is going to do,” he said. “If it keeps raining, we could lose a good bit of the crop.”

Watermelons require the right mix of rain, sun and warm temperatures to reach peak size and sweetness. Rains early in the growing season help melons grow to the proper size, but too much rain later in the season can introduce disease and cause melons to ruin. Cloudy skies also reduce melon sweetness.

As of early June, melon quality was in good shape. According to the U.S. Department of Agriculture Crop Progress and Condition Report issued for the week ending June 6, 79% of watermelons were in good condition and 4% were in excellent condition. Thirteen percent were rated fair, while just 4% were considered in poor condition.

The report said harvest was behind with 2% of the crop harvested compared with 27% the same time last year. However, harvest will increase in a couple of weeks in George County.

“One of our growers has already started pulling melons from his earliest-planted crop,” said Steede, who works with seven commercial growers in his county. “Customers should already be seeing some Mississippi-grown watermelons on the market. Within the next week and a half to two weeks, they’ll really begin to see them. Harvest should be fully underway here at that point.”

While most of the state’s watermelons are grown in southeast Mississippi, there are some producers in the north half of the state. Reid Nevins, Extension agent in Lowndes County, said growers there also have a good-looking, productive crop despite getting a later start than usual.

“I have two growers in my county, and one of them starts his plants in the greenhouse, so his plants had a head start,” Nevins said. “Other watermelon growers in the area did get a later start, but everything was later getting planted this year, including our row crops.”

“The vines look good, and the melons are loaded up,” he said. “We’ll just have to see what the weather does. We’ve had a lot of rain recently, and if we get more, that won’t be good. Too much rain is bad for watermelons at this stage.”

Watermelons in fields that receive excess rain in the few weeks leading up to harvest many times end up with water-soaked spots, Steede said. Melons with these spots have slight blemishes that break open and leak within 24 hours of harvest.

“If the growers can’t get in there and spray like they normally do, we could see some fungal diseases start,” Steede said. “But so far, we’re in good shape on that, too. We’ve had a few issues with gummy stem blight, but nothing major.”