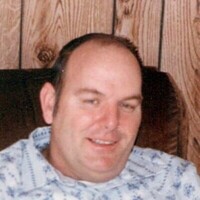 A memorial service will be held at 3 p.m. on Saturday, June 12,  in the Martin Willingham Memorial Chapel of Wells Funeral Home. The family will receive friends two hours prior to the service.

Larry was born on April 16, 1947, to the late J.P. “Jake” Rayburn and Mable Lucille Britt Rayburn in Como. He grew up in the Como and Sardis area, graduating from North Panola High School in 1965 to retiring there in Sardis, where he served as past president of the Lion’s Club.

He was also a dedicated baseball coach there in Sardis to the local youth. Before retirement, Larry was a maintenance technician for Ole Miss. Larry was also a faithful member of the Black Jack Baptist Church where he taught Sunday school and started the “bus ministry” where he would pick up children for church in community.

Along with Larry’s parents, Larry is preceded in death by one grandson, Alex Rayburn; and 3 brothers, Johnny Rayburn, Franklin Rayburn, and Tommy Neal Rayburn.