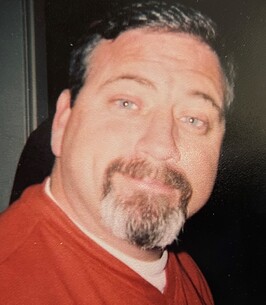 William Wade “Bill” Hawkins, 57, passed away on Tuesday, June 1, 2021, at his home in Coldwater. He was born in Memphis  March 6, 1964, to Joseph Wade Hawkins and Carolyn Ferrell Hawkins.

Bill was a member of First Baptist Church in Coldwater . His family lived in Looxahoma, when he was a young child and later, they moved to Coldwater, where he grew up. Bill started his early childhood education by attending Kiddie Kollege at First United Methodist Church in Senatobia and later he graduated from Coldwater High School.

His favorite hobbies were horseback riding and baseball. Bill began horseback riding with the Independence Saddle Club, when he was eighteen months old and played baseball from the time he could hit the ball. As an adult, he followed his desire for business and was co-founder of Coldwater Feed.
In recent years, Bill served as a corrections officer for DeSoto county and worked for Lowe’s, which he loved.

Left behind to cherish his memory is family, which includes, one son, Lincoln Wade Hawkins of Coldwater; one daughter, Nicole Denise Ledbetter (Logan) of Hope Mills, N.C.; one sister, Glenda Craig (Louis) of Southaven; two brothers, Mike Hawkins (Carol) of Hernando,  and Stanley Hawkins (Jean) of Como. He was preceded in death by his parents.

Visitation will be held Saturday, June 5,  from noon to 2 p.m. at First Baptist Church in Coldwater. Funeral services will be at 2 p.m. at the church. Interment will be in Mt. Zion Cemetery in Independence. Memorial contributions may be sent to First Baptist Church, Coldwater, or a charity of the donor’s choice.