Scare at Mr. Jiffy store over; no bomb found 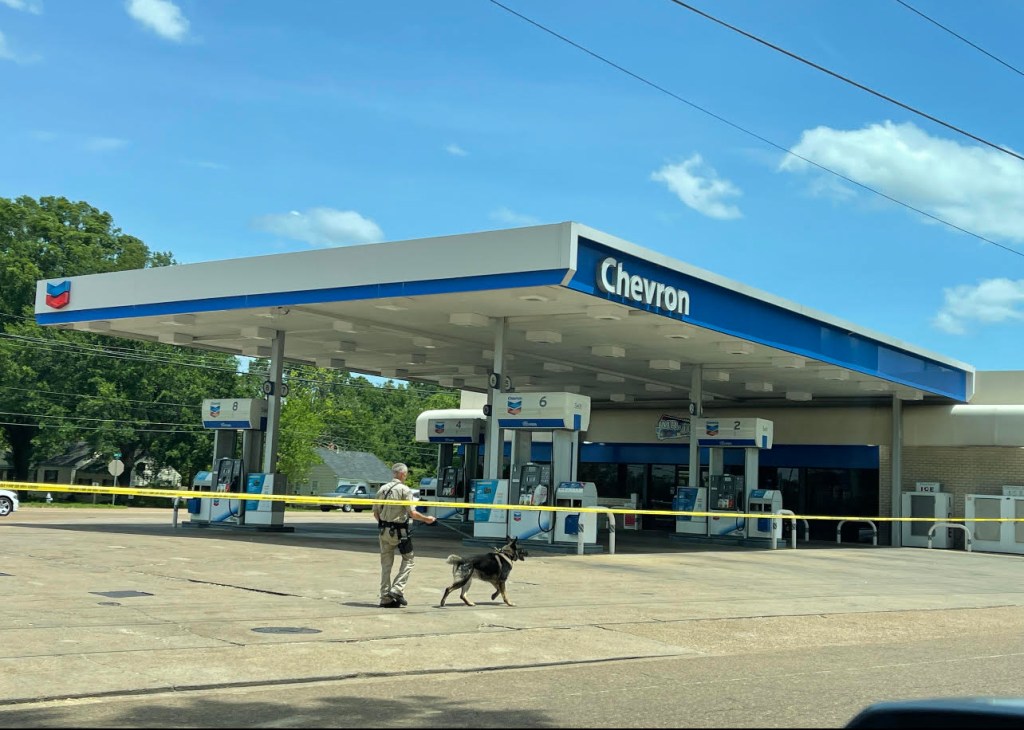 Batesville Police have taken up the crime scene tape stretched around the parking lot of the Mr. Jiffy convenience store on Hwy. 6W, and have cleared the scene.

Chief of Police Kerry Pittman confirmed there is no bomb at Mr. Jiffy, and customers have resumed doing what people in Batesville often do – go to the “Jiffy” for a plate lunch or a box of fried chicken, known regionally (if not further) as the best fried chicken sold.

What was reported as a suspicious package dropped off at the store was, in fact, just an old suitcase, Pittman said. Someone apparently used the trash containers adjacent to the fuel pumps to discard the harmless debris.

Police brought the department’s K-9 dog to the scene out of caution, and after making several rounds of the parking lot it was determined there were no explosives in the area.

Last month a similar incident at the Batesville Courthouse kept the Downtown area closed for almost 10 hours while authorities waited for bomb squad experts from Memphis to arrive and detonate a suspicious package found on the Courthouse steps.

FBI and ATF agents x-rayed the package and told Sheriff Shane Phelps to keep the area clear because they believed the small package contained a bomb. After detonation, the package was revealed to be just cell phones, a charger, and tobacco. It was probably meant to be contraband to smuggle from the Courthouse (where jail trustees often work) into the detention center on Hwy. 35 N.