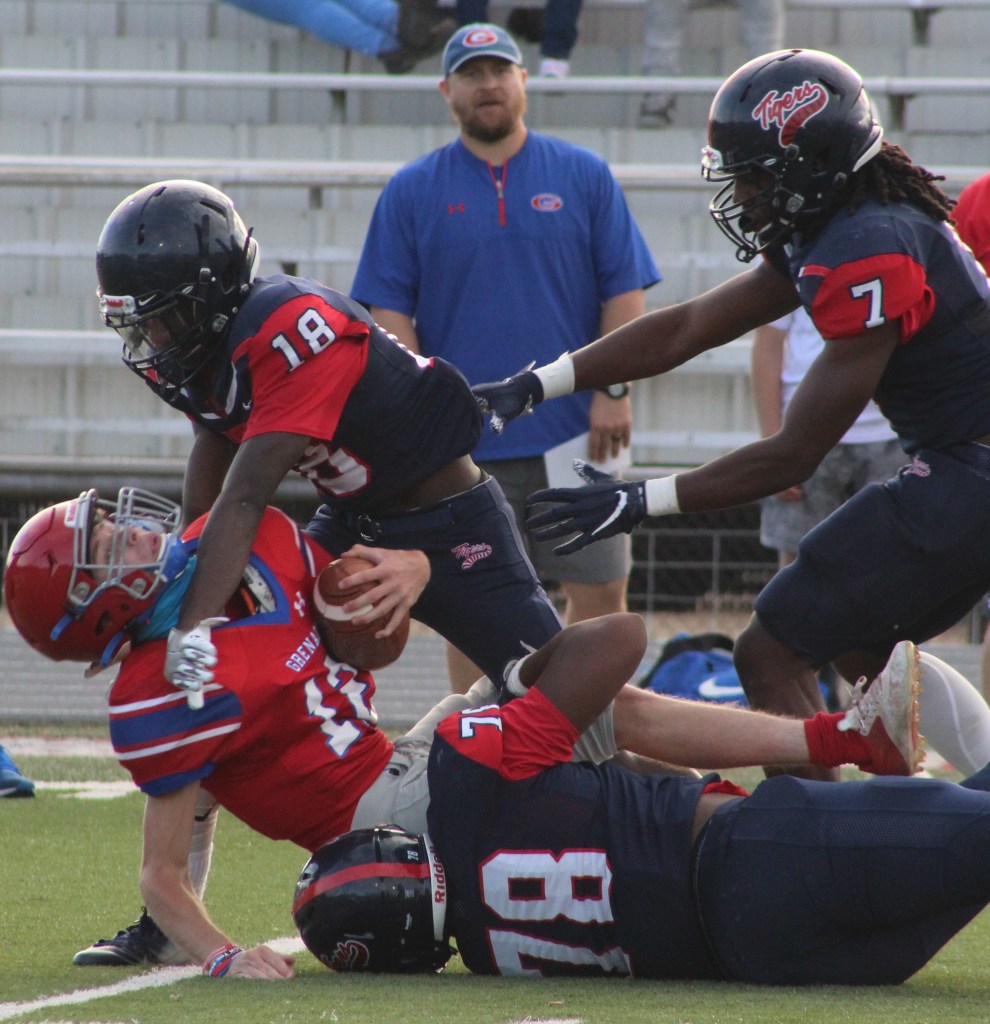 2021-22 sophomore class impressive in first action of the year

The South Panola Tigers wrapped up spring football practice with scrimmages against Grenada, Lafayette County and Hernando High Schools in front of a nice home crowd on Wednesday, May 12.

With a number of returning starters not dressed out, Tiger fans got to see a few underclassmen get their feet wet for the upcoming 2021 season.

Running eight alternating plays against Grenada in the opening scrimmage, the South Panola offense struggled initially before settling down to string together some plays for positive yardage.

Rising sophomore Mykel Allen showed his elusiveness under center with a long run. He waldo connected with Ethan Johnson on a pass play to set up fellow sophomore Julius Pope’s five-yard touchdown run.

The Tiger defense held Grenada out of the end zone thanks in part to a pair of quarterback sacks by Jaterrion Dorris and a tackle-for-loss by Blake Pride.

Another up-and-coming sophomore Micheal Johnson, Jr., accounted for the lone score against Lafayette County with a scoring run. Gregory Webb had an interception that set up the touchdown run.

South Panola finished out the scrimmage against Hernando, the team that ousted the Tigers from last year’s playoffs.

Allen was impressive again with a pair of scoring strikes to Devin Pride and Kellen Norwood on the first eight-play series.

Not to be outdone, Johnson added a nifty 45-yard scamper into the endzone.  Charles Wren got into the act with a one-yard scoring plunge.

“I felt we had a good spring. We had a few kids that were out, but it was very productive and real physical,” said Woods. “I think heading into the summer we’ve got a chance to have a good football team.“

“I saw some good things out of Michael and Mykel today. We’ve got some things to fix, but I feel we’re right where we need to be,” he said.

Johnson had been on the practice field two days before the scrimmages, having just finished the baseball season, but looked good and made positive plays, Wood said

Allen, who normally is at the slot position, took a lot of snaps at quarterback. 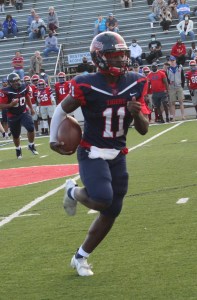