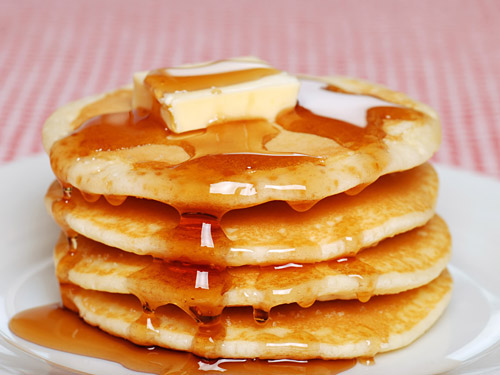 What goes around comes around in our lives

It is quite interesting that 80s music is so popular. I really don’t remember tunes from the 80s.

It’s not that I didn’t like them, (though I do love it when “Don’t Stop Believing” is played at MSU’s Scott Field and everyone turns on their phone flashlights), but I couldn’t have told you when this song hit the charts.

No, I just don’t remember the 80s so well, other than having and raising twin boys. Life for DW and I turned rather busy rather quickly beginning in 1981.

No, instead I remember loads of laundry, Basset hound puppies, strolling to town, Tonka toys, fast moving toddlers and bunk beds, the subject of Today’s Special.

When the boys were almost four years old, we moved into our new house down Highway 35, but only after nine months of renting the “big House” as the boys called it, while our house was being built.

We transitioned them from baby beds to one full size bed when we moved there. After getting settled in our new house we decided that they probably needed to sleep in their own beds, but would stay in the same room. Bunk beds were the answer.

I found just the right ones and sent DW and his friend Phillip to Memphis for a set of shiny red, metal bunk beds with a twin sized mattress on top and full sized on the bottom.

They (DW) went rather skeptically, as best I remember, but they found the store (no GPS in the 80s) and the beds.  DW set them up that night, the boys were so excited.

But, that created a dilemma, they both “called” the top bunk. DW, wisely, said okay, here’s what we’ll do; he carefully explained to the boys that they would take turns sleeping on the top bunk.

Every Sunday they would rotate, the boy on the bottom would come up to the top, but with privileges would come responsibilities. Top bunk boy would be responsible for feeding the dog and carrying out the trash that week and also whatever else we needed him to.

DW and I just had to say “top bunk” and that boy knew who he was. And that worked well for about 9 years, until they no longer wanted to share a room.

What I remember most is bedtime in the bunk beds. Little boys are (most of the time) so sweet. They wanted me to sing to them at bedtime, after a story and night prayers.  “What a Friend We have in Jesus,” “Power in the Blood,” “Anywhere with Jesus,” and “God Bless America” were nightly favorites along with “Rudolph the Red Nosed Reindeer.”

Quite a repertoire. but these were my tunes of the 80s.

We passed the well-used and much-loved bunk beds down to my brother’s two boys who enjoyed the set for another 10 years or so. Once they moved out on their own, the bunk beds came down and were stored.

Not long ago while cleaning out my mother’s assisted-living room my sister-in-law casually mentioned the bunk beds, I really hadn’t thought about where they were. Bu,t grandson Mack had been wanting bunk beds after sleeping on the top bunk at the beach last summer.

DW and I made a run to Red Banks (Mississippi) to get the beds and set them up in Mack’s bedroom. The 35-year-old beds look almost as good as new and Mack is so excited, just like his daddy and Uncle Zach were.

Mack says “he’s living the life now” and describes sleeping on the lower bunk as “heavenly” even though he’s sleeping on his same mattress. Right now his “friends” sleep on the top bunk, while waiting on a twin mattress to be delivered.

His friends, as he calls his stuffed creatures and favorite pillows, were about to crowd him out of his bed, so now they have their own bunk to sleep on and he chooses one each night to sleep in the bunk with him.

I do expect that he and his friends will change places very soon.  Top bunk does have its privileges after all and I will give Laura my 80s playlist, for she is now responsible for the nightly tunes.

Melt butter. Combine buttermilk and egg. In medium sized bowl, mix dry ingredients. Stir in buttermilk-mixture until fairly smooth. Stir in melted butter. Stir in 1 – 2 tablespoons more buttermilk if batter is too thick. Heat syrup over low heat until warm. Cook pancakes on griddle or large skillet over medium heat, pour about ¼ cup batter for each pancake. Cook until puffy and full of unbroken bubbles. Turn pancakes once to brown on other side. Serve with warm syrup.