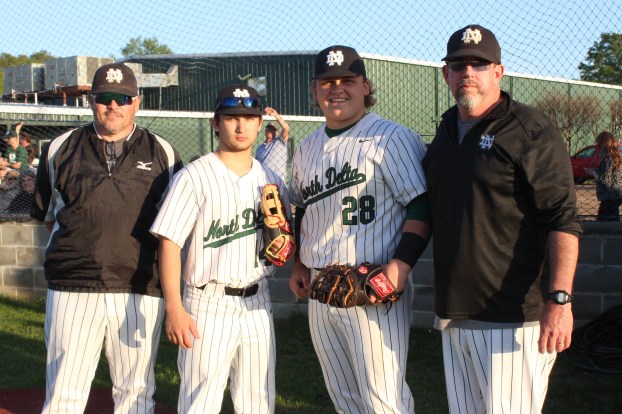 The North Delta Green Wave were looking to break an eight-game losing streak  against Clarksdale High School, but the Wildcats spoiled Senior Night for the Wave by taking a 14-8 victory Thursday, April 8.

North Delta led 3-1 after one inning before Clarksdale sent 11 batters in the second to put up five runs in the frame.

The Wave answered back with three runs of its own in the bottom half of the frame to tie the game at 6-6. The Wildcats however would blow the game open with two runs in the fourth and fifth innings and three in the sixth.

Layton Wells delivered a two-run single in the first while senior Brett Goss singled, drove in a run and scored one.

Jordan Myers reached base twice on a pair of walks and later scored. Levi Gee and Brayden Henson also added one run each.

North Delta traveled to Marshall Academy Tuesday, April 13, for a varsity double header and will host the Patriots tomorrow to close out the district slate at 4 and 6 p.m.

The Green Wave will end the season this Friday, April 16, at home against Carroll Academy at 4 and 6 p.m.