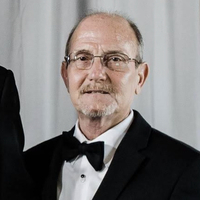 Funeral services for Mr. James will be 1 p.m. on Wednesday, Feb. 10, 2021, in the Martin Willingham Memorial Chapel of Wells Funeral Home with interment to follow at Holcomb Cemetery.

The family will receive friends one hour prior to the funeral service.

James was born on Oct. 25, 1958, to the late Virgil Leon and Etta Virginia Edwards Hicks in Clarksdale. After moving here to the Batesville area, he and his wife, Vickie, attended the New Hope Church of God. He was a former lead glazier for Binswanger Glass out of Memphis, TN. In his spare time, he enjoyed fishing, watching wildlife, woodworking, watching old westerns on television, and playing his guitar. He was a man of faith who enjoyed going to church, and also had a special love for his puppy, “Buddy”.

Along with his parents, he is preceded in death by two brothers, Benny Hicks and Larry Hicks.