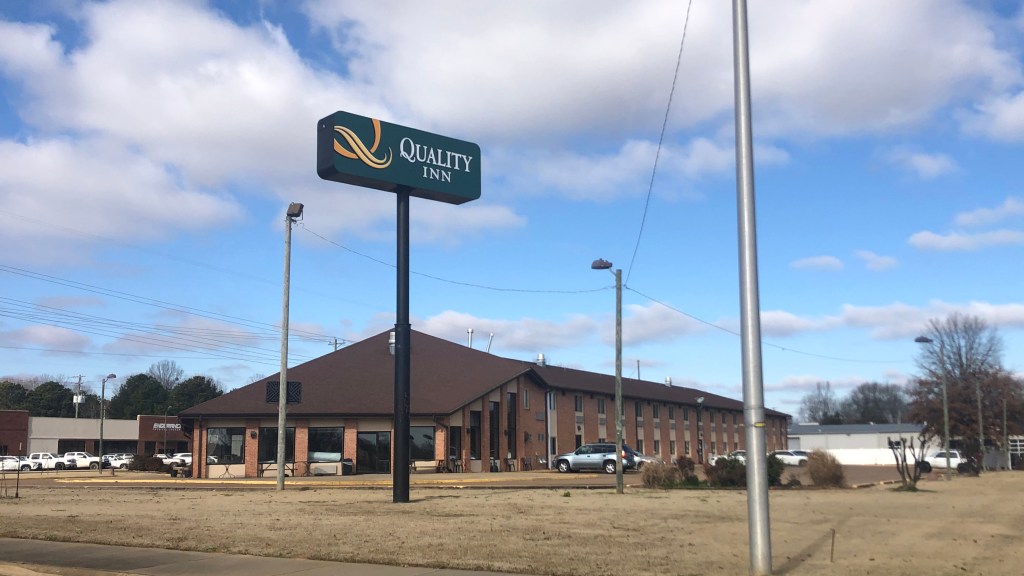 Batesville Police have arrested two people, and are actively looking for a third, in connection with an early morning robbery of the Quality Inn hotel located at 221 Lakewood Drive, next to Cracker Barrel.

Police said a hotel clerk reported the crime at 1:23 a.m. Thursday. No weapons were used, and less than $500 cash was stolen, according to Police Chief Kerry Pittman.

Arrested was a female juvenile and Paula Guerrero, 18, no address available. A third male suspect is still on the run, but police have a positive identification and expect to apprehend him soon.

Guerrero and the juvenile have been charged with conspiracy to commit robbery and accessory to robbery after the fact. They will make initial court appearances this week.

The two females left the scene in a vehicle that police were given a description of. A perimeter was established and the car was pulled over soon after.

The male suspect left on foot, reports said, and he is still being sought.