Capitol insurrection was a board game flip 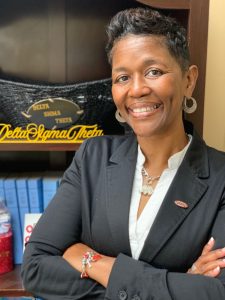 I could not think of a more appropriate day to write this article. Today is the national holiday honoring Dr. Martin Luther King, Jr.

Dr. King was considered one of the most revolutionary leaders in the US Civil Rights movements.

Dr. King, a student of Mahatma Gandhi teachings, believed that nonviolent protest is the most effective weapon against a racial and social injustices.

From 1955 until his death in 1968 Dr. King either led, or helped organize, eight peaceful protests.

Unfortunately, too many of these causes that Dr. King organized and/or marched for are still prevalent issues today.

While I prefaced this commentary honoring one of the greatest peaceful protesters, I am recalling a commentary that I felt compelled to write and was published here in the Panolian on Sept. 21, 2018.

The commentary spoke of the PEACEFUL protests of Colin Kaepernick. Kaepernick PEACEFULLY protested by kneeling during the National Anthem because he felt he could not show pride in a flag or for a country that oppressed black people and people of color.

This protest is ironically akin to Dr. King’s protest of the Vietnam War. Dr. King believed it was senseless that the United States was “taking the black young men who had been crippled by its society and sending them eight thousand miles away to guarantee liberties in Southeast Asia which they had not found in southwest Georgia and East Harlem.”

Why should the deprived have pride in an entity that will not honor, respect nor protect them because of the systemic injustices that they experience daily?  Those injustices are shown in education, employment, healthcare, housing and policing just to name a few.

I have just built the foundation of the real purpose of this commentary. In my aforementioned published commentary, I also briefly mentioned one of Kaepernick’s biggest critics. He spoke of Kaepernick being unpatriotic.

From November 2020 until this month, with its ugly head being exposed Jan. 6, 2021, I have witnessed some of the most atrocious unpatriotic instances known to mankind.

Unfortunately, those instances were demonstrated by the President of the United States. It is unpatriotic to condemn our democracy which includes a just and fair election system.

It is understood that our election system is not without error or fraud. However, fraud to overturn an election did not come close to happening during this past election. There have been elections with closer numbers that did not result in the loser inciting a riot.

While police officers were being attacked, I wondered what happened to the critics of Black Lives Matters that promoted Blue Lives Matter?  During this riot that all went down the drain.

I read something on social media that clarified this. What this riot helped prove was Blue Lives Matter was never about honoring the police force, but about silencing the Black Lives Matter movement.

Our symbol of democracy was attacked. Capitol Hill, a physical representation, an institution of our democracy was violated. The United States flag was used to beat Capitol Hill police officers. It was dragged throughout the Capitol.

This sort of disrespect of the flag does not come near to kneeling during the National Anthem. Can we honestly compare the two as which one was more unpatriotic?

Suppressing the right to peacefully protest is not patriotic. It should never be acceptable. Inciting a riot because something did not go as you would like is a childlike behavior and should not be tolerated.

It reminded me of one of my children when he lost a board game he was playing with his siblings. After he lost, he flipped the entire board game over. The Capitol insurrection was a board game flip.

Write to Angela Edwards at angiemhayward@yahoo.com

Thank goodness for the cold weather

By Jan Penton-Miller Columnist I hurried out the door this morning to big, fat, beautiful snowflakes twirling and whirling through... read more