Political violence: The politicians doth protest too much 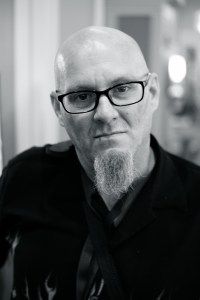 On Jan. 7, the day after rioters entered the US Capitol and put hundreds of politicians to flight in support of Donald Trump’s wild-eyed election fraud claims, Wisconsins’s State Assembly passed a resolution. The money line: “Political violence in any form has no place in the American system of government and should never be tolerated.”

If the Assembly (and other government bodies passing such resolutions) had followed up by dissolving themselves and sending their members home for good, I might believe they mean what they’re saying. Otherwise, no dice.

When the Assembly (or Congress, or your city council) passes a law or an ordinance, they’re not asking, they’re telling.  If you’re discovered not doing what they order you to do, or doing what they order you not to do, armed government employees will abduct you and put you in a cage. If you resist, those armed government employees will assault you, maybe even kill you.

Absent political violence and the credible threat thereof, government agencies would just be benevolent clubs making recommendations — recommendations we’d be free to accept or reject without threats of force either way.

Is all political violence bad? Well, no. Laws against the INITIATION of force — assault, murder, robbery, etc. — are defensive in nature, and if their enforcement was financed voluntarily rather than through taxation (under penalty of force for not coughing up), those laws would be entirely justifiable.

Needless to say, the Wisconsin State Assembly doesn’t limit itself to passing such laws. When it passes something like  2019 Assembly Bill 132 (“Persons under the age of 16 years may not operate a class 3 electric bicycle,” etc.), it’s threatening the use of violence against people who have not themselves engaged in violence.

The Capitol riot was unjustified because the claims used to incite it were nonsense. Congress does a lot of things that SHOULD get its members chased out of town by angry mobs. Counting votes that the rioters didn’t want counted was not a worthy casus belli.