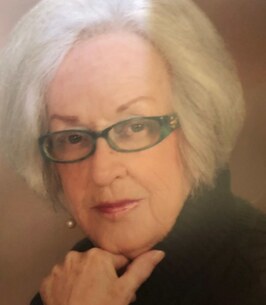 Miss Anne, as she was affectionately known by many, was born on Jan. 10, 1936, in Sardis to the late Ruby Bea Blakely and Heiskel Butler Jones. She graduated from Sardis High School and attended Northwest Mississippi Junior College where she was a Rangerette with the Ranger Band.

Following college, Miss Anne worked at the William Carter Company in Senatobia for 5 years and for CIT Corporation in Memphis for 18 years. After choosing a change of pace in her life, Miss Anne returned to Sardis in 1984 where she later earned her funeral director’s license and served as a funeral director with Ray-Nowell Funeral Home, formerly Moore Funeral Home, in Sardis  for over 35 years before her retirement in 2016.

She devoted her life to taking care of family members in need during their failing health. Miss Anne was a strong, independent lady, who had a kind heart and loving spirit and greeted everyone with a smile. She was an active member of First Baptist Church in Sardis.

She was preceded in death by her parents, her sister, Bobbie Lea Jones Long; her brother, Butler D. Jones; two nephews, Larry Lantrip and Johnny Lantrip; her great-niece, Melissa Anne Lantrip; and her great-nephew, Matthew Lantrip.

Services will be announced once arrangements have been finalized with the family.

In lieu of flowers, Miss Anne requested that contributions be made to the Memphis Union Mission, P.O. Box 330, Memphis, TN 38101, www.memphisunionmission.org.

Deborah Legeune Ferguson, 67, passed away in an auto accident on Dec. 9, 2020, along with her husband, Owen Taylor... read more