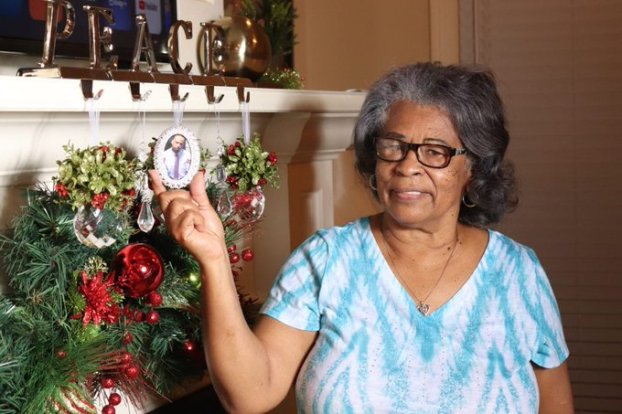 Bettye Bell talked to her son, Charoyd Bell, on the phone for just five minutes before he had to hang up.

During the Sept. 28 phone call she took from her home in Natchez, Bettye Bell learned from her son, who is currently incarcerated at the East Mississippi Correctional Facility (EMCF) in Lauderdale County, that the prison was on lockdown due to some people in his unit testing positive for COVID-19.

According to her son, a lockdown doesn’t mean much.

“They’re not able to social distance that I’m aware of. They’re all co-mingled, be they have (COVID-19) or not. So that’s not safe,” Bettye Bell said. “I don’t know that (EMCF officials) are doing anything extra in terms of providing medicines or whatever to help. I can’t say that they’re doing any of that. All I can tell you is as a mom, it’s very stressful.”

As COVID-19 numbers in Mississippi continue to climb and stretch hospitals, health care workers and others to the limit, family members say they’re concerned about the health and safety of their loved ones who are incarcerated within the state’s overcrowded prison system and feel left in the dark by prison officials.

As of Nov. 30, MDOC reported 902 confirmed cases of COVID-19 among the incarcerated population and 1,380 incarcerated individuals who have tested negative. These figures include cases in both state facilities and private ones, like EMCF.

With more than 17,000 Mississippians incarcerated by the Mississippi Department of Corrections, the department’s reporting shows that about 5% of the state’s total prison population has tested positive for the coronavirus.

MDOC lists on its website certain protocols that are in place to protect the incarcerated population and the department’s employees, and the guidelines include providing masks and disinfecting measures.

“Social distancing should be practiced as much as possible for both staff and inmates. Staff and inmates are encouraged to follow health guidelines from the CDC,” MDOC’s website states.

“I feel like the issue here is that because these people are incarcerated, they are not deemed worthy to have the same amount of

protections that we are out here even though they are in even more closely confined spaces with even less capability to social distance on their own,” said Charoyd Bell’s sister Brittany Bell, a Natchez native who currently resides in Washington, D.C.

Mississippi Today contacted MDOC four times with specific questions about what type of masks are distributed and how often and whether MDOC is actively encouraging and enforcing social distancing in their facilities. The department did not respond to any of those requests. In a press release earlier this year, MDOC Commissioner Burl Cain said that the state department has been working with private prison operators to conduct testing “to try to prevent any introduction of the virus into our facilities.”

“We have been working with… private operators all year trying to prevent outbreaks by performing strict testing of each person who enters the facilities while enforcing masks, social distancing, and constant sanitization,” Cain said. “We have separated and quarantined all affected inmates and have stopped all movements between prisons.”

Although Charoyd Bell, who’s been incarcerated at EMCF in Lauderdale County since December 2019, told his mother and sister there was an outbreak in his prison in September, MDOC has reported only one outbreak at the Marshall County Correctional Facility in November since the coronavirus pandemic began in early March.

According to MDOC, at least 69 incarcerated Mississippians have died in MDOC custody since March, with the most recent death reported by the department on Nov. 30.

Troy Guidroz, 75, was incarcerated at Mississippi State Penitentiary and had been hospitalized since June. He died on Nov. 25, and MDOC has not yet determined whether Guidroz’s death or any of the other 68 deaths were be caused by COVID-19.

“Are we getting all of the information, one, of what’s happening in the prison system? And two, is the system doing its best job to keep these people healthyIn May 2020, the Mississippi Center for Justice, the MacArthur Justice Center and the ACLU of Mississippi filed a class action lawsuit against MDOC for the department’s “inadequate response to the COVID-19 pandemic at Mississippi’s two largest prisons — Central Mississippi Correctional Facility (CMCF) and South Mississippi Correctional Institute (SMCI),” where more than 5,350 Mississippians are currently incarcerated and safe?” Brittany Bell said.

The lawsuit stated that the two prisons were overcrowded and that individuals who had reported having COVID-19 symptoms were not immediately tested or isolated to prevent the spread of the virus.

Mississippians incarcerated at CMCF in Pearl and SMCI near Leakesville were described as living among rows of bunk beds only four feet apart with shared access to toilets, sinks and showers and limited access to hot water and soap, according to the lawsuit.

“Some of the cell blocks are open bays, so it’s basically just a really big room where you have 50 to 100 people in there all just packed in there with no separation, no individual private space,” said Joshua Tom, legal director of the ACLU of Mississippi. “On top of that, you have the inability to keep common spaces and their personal bunk spaces clean due to the lack of sufficient cleaning supplies and lack of sufficient soap. And those are just to name a few things.”

The lawsuit also highlighted that many people in prison are elderly and have pre-existing conditions such as HIV, high blood pressure and cholesterol, asthma and cancer, making them especially susceptible to COVID-19, stating that they are at an “increased risk of contracting, becoming severely ill from, and/or dying from COVID-19.”

Bettye Bell sent a letter to MDOC and Cain, the commissioner, in July 2020 asking for her son’s early release and home arrest because of his pre-existing health conditions. Her son Charoyd Bell, a non-violent offender who was convicted in 2019 of cruelty to animals, larceny and possession of a weapon, has high blood pressure, obesity and hereditary heart issues. She still has not received word from MDOC or Cain, despite U.S. Attorney General William Barr’s recommendation of home arrest for at-risk and non-violent offenders within the prison system.

“There’s no way that (the prison system is) going to do what needs to be done to save (Charoyd’s) life if he does get sick,” Bettye Bell said.

In August 2020, MDOC, ACLU, the MacArthur Justice Center and the Mississippi Center for Justice reached an agreement with MDOC on the grounds that the department would implement certain safety protocols to better protect incarcerated Mississippians, though MDOC has not been transparent in how active these measures currently are.

“It should be the Mississippi Department of Corrections and all of the prison systems’ priority to make sure that it’s the safest, the cleanest, whatever it can be and definitely not the co-mingling of incarcerated persons who have COVID-19 and those who don’t,” Brittany Bell said. “That just seems like a complete and clear disregard for life.”