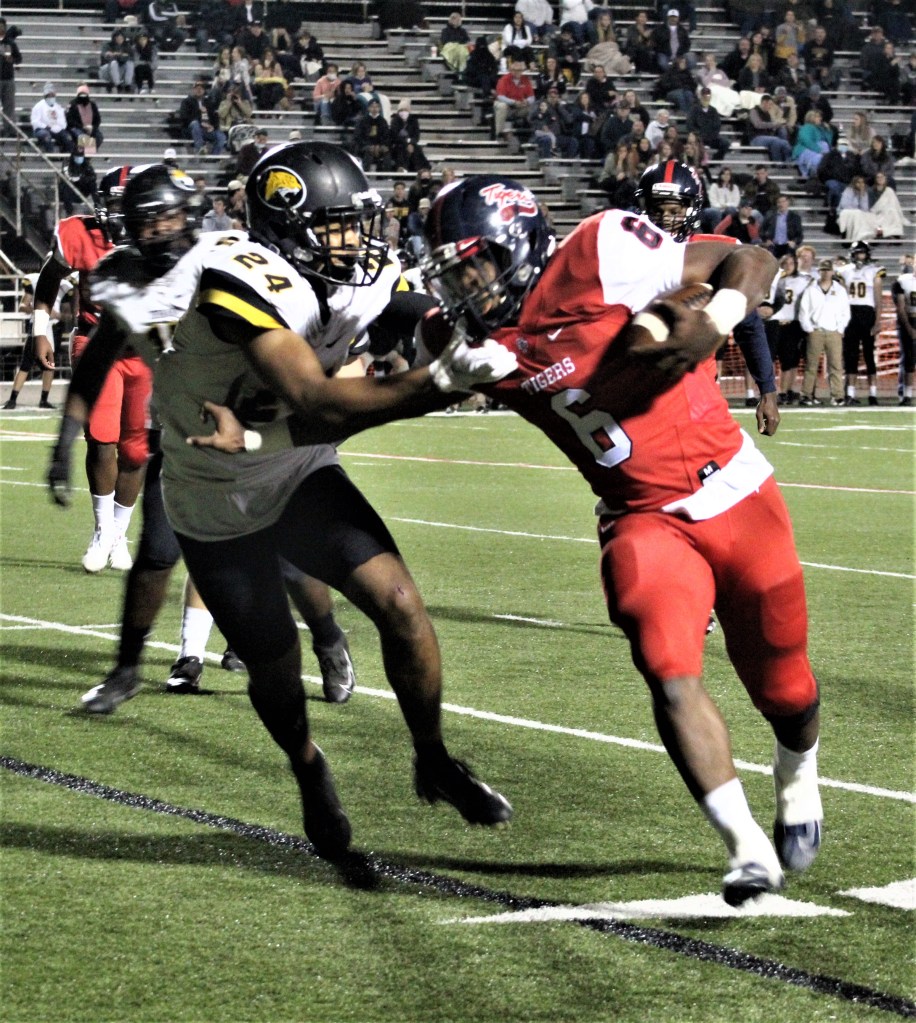 Leading up to Friday night’s South Panola-Hernando rematch of the season-opening 14-13 South Panola victory, some Tiger fans thought the score wouldn’t be close, but it turned out to be as tight as a pair of speedos on a sumo wrestler.

The win marked just the second time in school history that Hernando has beaten South Panola on the gridiron with the first time coming in 1980 by a score of 7-6 when Ronald McMinn still coached the high school football team.

It was Hernanda’s first playoff win since 2001.

Since winning its last State Championship in 2014, South Panola is now 1-6 in postseason play. That one victory came last year when the Tigers beat Tupelo in the first round in Batesville, before losing the next week to eventual 6A champion Oxford on the road.

Hernando scored the game-winning touchdown with 3:16 remaining in the game on Wade’s two-yard scoring run.South Panola’s last gasp ended on Hernando’s 38 yard-line when Brody Martin forced a fumble. Hernando then proceeded to run out the final 2:07 of the clock.

South Panola (8-3) took a 33-28 lead with seven minutes left in the fourth quarter on D’Mariun Perteet’s ten-yard scamper. Perteet finished the game with 119 yards on 20 carries and three touchdowns. Martez Clark led South Panola with 146 yards on 15 carries including a 66-yard jaunt in the third quarter that gave the Tigers a brief 27-22 lead.

Special teams hurt South Panola yet again as following a two-yard punt, Hernando scored with 45 seconds left in the first half to make the score 21-16 South Panola at intermission.

South Panola accounted for 426 yards of total offense compared to 360 by Hernando. Hubbard finished the night 14-of-24 passing for 161 yards with one touchdown and one interception. Wright reeled in five receptions for 118 yards while Clark added five catches for ten. James Scott had two catches for ten yards as Perteet and John Blockmon each had one catch.

Seandun Clark and Khalik Boothe each had interceptions for the South Panola defense.

Hernando visits Oxford Friday in the North Half semi-final round.