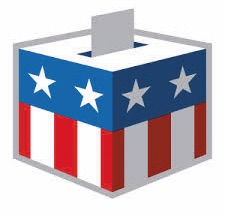 Former Sheriff Dennis Darby will be the new Constable District 2 after beating Maurice Market in the Panola County election on Tuesday, Nov. 3.

In the race, there were 9,122 votes cast at the 14 precincts located in the county’s 2nd Judicial District. An additional 1,809 absentee ballots were received in the Circuit Clerk’s office.

The Constable race was a special election made necessary by the death of the late Raye Hawkins, the longtime holder of the post. Hawkins had won re-election to the position just over a month before he was killed in the line of duty  on Hwy. 35 in December of last year.

Market, who had served as a deputy in Darby’s administration, ran for the Constable post last year. He was beaten by Hawkins, but the two were amiable at campaign rallies and debates during the campaign season. They were friends throughout the campaign, and after.

The Board of Supervisors appointed Terry Smith to serve in the vacant post with the understanding he would not seek the seat in the special election.

After last year’s election, Market was kept on staff by new Sheriff Shane Phelps and promoted to captain.

A breakdown of the votes at each of the precincts, including absentees, is as follows: