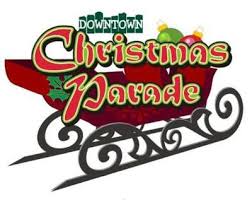 While many neighboring cities and towns have chosen to cancel many of the usual Thanksgiving and Christmas events, the Batesville Mayor and Board of Aldermen have given their full support to the annual Christmas Parade through the Downtown area.

The parade will be Tuesday, Dec. 8, starting at 7 p.m. The theme for this year’s parade is “Christ – The Hope of Christmas” and will once again be organized by volunteers from Enid Lake Baptist Church.

Mark Shields is overseeing the application process, and has urged all churches, businesses, civic organizations, and others who want to have entries in the Christmas Parade to contact him soon at 662-934-1006 for the necessary paperwork.

Shields said there was some discussion about canceling this year’s event due to the threat of helping spread coronavirus, but city officials decided that citizens will be able to social distance and wear face coverings when prudent.

“The children have been through so much this year just like we all have that everybody thought we needed to have the parade for them, and for all the people who have been coming to Batesville’s Christmas parades for many years,” Shields said. “We are going to be as safe as possible and I’m really hoping that groups come forward to participate more than ever this year.”

The rules for floats and other entries have not changed, and are consistent with the themes of the past few parades organized by Enid Lake Baptist. Parade rules allow just Christmas music to be played,  and signs must say “Merry Christmas” rather than the secular “Happy Holidays.”

Additionally, no versions of Santa Claus may be used on any floats, or on signs and banners. Shields said he has contacted the North Pole scheduling office and Santa Claus has been booked for Batesville on Dec. 8.

“The children know that the real Santa Claus always comes to the Batesville Parade and he always likes to ride on the last float at the end of the parade. And he is Santa Claus, so we let him ride where he wants to,” Shields said.

Lineup for the parade will begin on Park Street at 6 p.m. Shields said it’s important for churches and groups to contact him early for applications because the length of floats and trailers, along with the vehicles used for towing, needs to be known to parade officials so proper space can be left for each entry.

The parade route will carry floats and marchers along the railroad tracks to the Square and around Downtown area. Best viewing spots will be along the tracks and on street corners.

Biscuits and gravy, and a bottle of beer