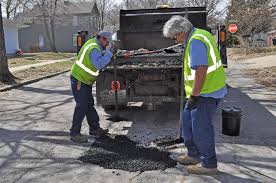 The City of Batesville will save about $20,000 a week in salaries with the furlough of 42 city employees beginning with the next pay period April 30. Full-time and part-time workers make up the group that will not report back to work after next Wednesday, until further notice.

Workers from each department, including fire and police, will be part of the cost-saving measure as city officials begin to prepare for an expected budget shortfall. The decision to furlough workers was confirmed by Mayor Jerry Autrey late Wednesday following an executive session meeting of the Mayor and Board of Aldermen.

Autrey said Public Works director David Karr had met with each department superintendent Wednesday and with all affected employees Thursday morning. Those 42 employees will maintain their employment status and continue to have their insurance premiums paid, and leave time accrued, while on furlough.

Because of an anticipated reduction in the amount of sales tax diversion checks, especially in June and July (for taxes collected in March and April), the city’s shortfall is almost guaranteed, but no one can accurately predict how much. Building fees, court fines, and several other revenues of income for the city has also been drastically reduced, or eliminated, during the shelter in place order a month ago.

Most of the 42 employees chosen by department heads for furlough will actually see an increase in their weekly pay because of the extra $600 a week provided for out-of-work employees through the federal government’s CARES relief package.

New hires in both the police and fire departments planned for this spring and summer have been put on hold.

The typical full-time employee will receive about $235 regular unemployment benefit each week, plus the $600 from federal sources. That program will run through the end of July. Anyone still collecting benefits at that time will be cut back to the regular amount unless the program is extended.

Karr said the city hopes to bring back all the employees placed on furlough sooner than July 31. “We are just doing this to get ahead of a problem that would probably come up in August and September and if we do this now our employees can get through it a lot better with the extra money that is available at this point,” he said. “That money won’t be there in August.”

City employees on furlough will still be required to maintain their eligibility to work, and be available when called back, Karr said. Workers will soon begin to be called to City Hall where the City Clerk’s office will assist each one with paperwork to file for unemployment benefits, and make sure each one understands his or her responsibilities during the furlough.

The city will continue to contribute to the state’s Public Employees Retirement System during the furlough, but employees will be responsible for contributing their personal nine percent to the fund. That will likely require the employees to bring money for their part to City Hall each month they are furloughed and the city will send one check to the PERS offices.

Karr said all employees he met with were understanding of the situation and grateful for the opportunity to retain their employment during the economic downturn. “I stressed to the superintendents that nobody is losing their job and everybody is a valuable asset to this city. It’s just something that had to be done,” he said.

“That being said, the public is going to have to be patient and understand what this is going to mean. If you put some limbs out on the curb they might not get picked up tomorrow. It might be next week when we are able to get to them, but our people are going to do the best we can to make up the difference. We have some really good employees and I know with everybody working together we will get through this,” he said.

South Panola High School will hold a graduation ceremony for the Class of 2020, tentatively, on July 11 at 10... read more