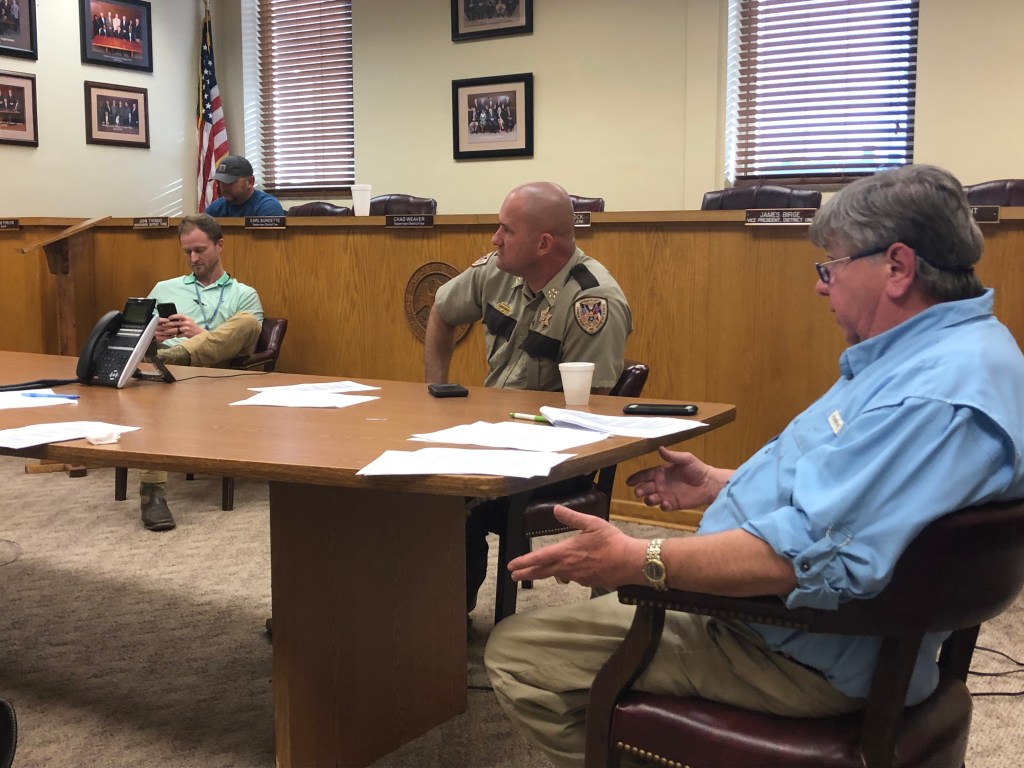 Most Panola County pastors and churches have so far adhered to the mandate of the Board of Supervisors asking congregations not to gather in groups of 10 or more. At a 6 p.m. special-called meeting at the Batesville Courthouse Wednesday, the supervisors further clarified their order, saying that gatherings include church parking lots, not just their buildings.

Many county churches have been holding services online through streaming internet platforms, mostly FaceBook, but several have also adapted their services to have members assemble in their vehicles in the parking lots to listen to songs and sermons over a loudspeaker, or with a transmitter system that allows people to pick up a radio signal and listen over their vehicles sound system.

A few churches have continued to meet inside their buildings, some allowing only 10 worshippers at a time inside and holding multiple services. Others have ignored the mandate and have met with as many as 100 people inside, although authorities said this past Sunday’s adherence was better county-wide.

The idea of limiting all gatherings, including worship services and Bible studies, to 10 people whether in the parking lot or the building was difficult for the supervisors to settle upon, and each one expressed regret that the rapid spread of coronavirus had effectively forced them to clarify their official board position and standard for the county.

Board president Cole Flint said the decision was difficult, but the order issued by Governor Tate Reeves this afternoon putting a Shelter in Place restriction on free public movement statewide helped reinforce the board’s belief that drastic measures are necessary to minimize the number of deaths in Panola County.

After discussing the policy for almost an hour the supervisors voted 5-0 to adopt a resolution that clarifies their earlier mandate to include language that limits church parking lot meetings to 10 people – not 10 vehicles.

Several ruefully noted that while grocery stores, many retails stores, liquor stores, and others can continue to do business – some without a 10-person rule –  church congregations can now only legally assemble in groups of 10, even if they remain in their private vehicles.

“It’s one of the hardest decisions I have ever had to make is the simple fact of agreeing to follow behind our governor’s instructions stating that there can be no more than 10 people at any type of gathering, including at church, yet we can’t seem to get control over our local supermarkets to thin the crowds down for everybody’s safety,” said Supervisor Chad Weaver of District Four. “It hardens my heart to have to follow through with a mandate that restricts people from being able to attend church in any fashion and especially limiting it to only 10 people.”

Weaver’s statement reflected the feelings of all the supervisors, with several of the officials visibly torn between their firm belief that citizens need an opportunity to worship together in crisis, and desperate warnings from doctors and scientists who fear that nothing short of a complete citizen lockdown will lessen the great danger of hotspot breakouts and multiple deaths in a concentrated area.

Upon further questioning, supervisors said the rule applies from the public road to the building at any church, or public gathering place outside of grocery stores, large stores (WalMart,  Lowes, etc.), or industrial plants.

Sheriff Shane Phelps said his deputies will begin Thursday morning taking copies of the order, with an explanation about the 10 person limit (not vehicles) on church properties, including parking lots, to each church in the county.

Supervisors were reminded that worship services are only part of the regular happenings at churches, and congregations are also struggling with funerals, weddings, and other activities that have been severely limited by the pandemic.

In taking the position to limit church gatherings, even in private vehicles, a considerable collective angst of the supervisors was evident, but the burden of the task was apparently less than the prospect of an increase in coronavirus infections caused by a relaxing of the Governor’s order.

Batesville aldermen mulling what businesses are ‘essential’ including factories