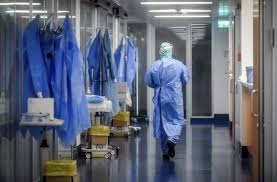 A Crenshaw man will presumably be recorded as Panola County’s first Covid-19 death.

The Mississippi State Department of Health will confirm the death with their updated numbers on Tuesday. Crenshaw Mayor Oscar Barlow issued a press release announcing the death at 1 p.m. Monday.

MSDH authorities must wait for autopsy verification from Jackson before making an official verification. After that, the person’s age and other details will be made available.

Barlow posted a social media message to other people of the town urging them to use extra precautions. A link to Barlow’s release is at the bottom of this page.

The man’s family had callled Mayor Barlow last week letting him know their relative had been given a coronavirus test because of his close contact with patients already tested positive.

The MSDH update shows the state has 89 new positive cases since Sunday’s update,  which reflected statewide numbers through Saturday. A total of 847 positives and 16 deaths have been recorded as of Sunday night. The Panola County death was not counted in the 16, and will be included for the Monday count that will be released Tuesday morning.

The deceased man worked at Harrah’s Casino and was a former driver for Integrity Transport, according to his social media site. Why he was chosen to be tested could not be confirmed Monday, but a relative thought he may have returned to his former job for the patient transport service after the casinos were shutdown, and may have had close contact with people who had been at the Tunica nursing home facility where there have been other positive tests and one death.

When the Crenshaw man developed symptoms and was then told his test was positive, his family relayed that information to Mayor Barlow who called Emergency Operations Director Daniel Cole.

Barlow said the quarantine and isolation processes were explained to the family last week, and he kept a check on the patient until the weekend when he was taken to Panola Medical Center with worsening symptoms. He was transferred to Baptist Hospital in Oxford Sunday when his condition deteriorated, and died there.

“This is tough for me,” Barlow said. “I’ve been knowing him since he was little and I know his whole family.”  First elected mayor in 1993, Barlow knows all the residents of the town and everyone has his cell phone number. He’s often the person citizens call first, whether they need an ambulance or police help, or town workers to pick up limbs on the curb.

Cole said the Emergency Operations office flagged the Crenshaw’s man address in the 911 system so dispatchers would know to alert Lifeguard ambulance workers of the man’s coronavirus infection if they were called to his house.

Barlow said he was devastated to have a Crenshaw resident die during the pandemic.

“I’m very concerned right now. Since I was first elected in 1993 we have been through a lot in this little town. We had the Ice Storm of ‘94, we’ve had tornadoes and straight-line winds that have caused a lot of damage, we’ve had a train derailment, we’ve had an officer involved shooting, but we’ve never had anything like this,” he said.

“You feel like your back is up against the wall,” Barlow said. “Right now we have to have a steady hand and be honest with the people. I’m asking everyone to take precautions and don’t take any chances.”

Here are the numbers of cases and deaths as of Sunday night.