He was a graduate of University of Mississippi School of Law, where he received his Juris Doctor Degree.  Mr. Bullard practiced law in Kennet, Mo., for over 50 years before he and his wife Sherry, returned to Ole Miss territory and the land he loved.

Gene Darby, age 80, passed away surrounded by his family Thursday morning, Dec. 19, 2019. at his home in Courtland.

Gene was born to the late Morris Albert Darby and Mary Frances Murphree in Panola County. He was a self-employed electrician and a member of the Shiloh United Methodist Church.

When Gene was not working, he enjoyed fishing and deer hunting. He was known as a hard-working man who will be dearly missed by his loving family and friends. 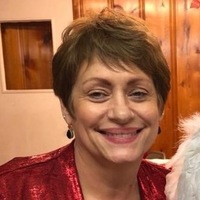 The family will gather to celebrate Gaeba’s life on Saturday, Dec. 28  at 2:00 P.M. in the Martin Willingham Memorial Chapel of Wells Funeral Home with interment to follow at Forrest Memorial Park in Batesville. The family will be receiving friends prior to the service beginning at noon.

Gaeba was born January 30, 1963 in Batesville, to the late L. Jones Barnett and Eleanor Neely Barnett White. She was a member of Goodhope Baptist Church and enjoyed traveling and spending as much time with her granddaughter, Maelee. Most in the community remember Gaeba from the Panola County Courthouse in Batesville,  as she served many years as a Deputy Tax Assessor and later went on work for Northwest Community College on the Oxford Campus.

Along with her parents, Gaeba was preceded in death by her first husband, Phillip B. Magness.

A private graveside service was held Monday, Dec 23.  He honorably served his country in the U.S. Army as a paratrooper in the 82nd Airborne Division.

After serving his country, he worked as an accountant. Wells Funeral Home had charge of arrangements.

Those he leaves behind to cherish his memory include his daughters, Patricia Gray Neal (Bubba), of Batesville, and Kimberly Crenshaw Slaughter, of Columbus; one son, Thomas Glen Crenshaw, Jr. (Kim), of Batesville; his sister, Shirley Lucille Gray McDonald (Buddy), of Eudora; one brother, Dr. Robert L. Gray, Sr. (Charlotte), of Batesville; five grandchildren and 4 great grandchildren.

Funeral services were Thursday, Dec.  26,   at 2 p.m. in the Martin Willingham Memorial Chapel of Wells Funeral Home with interment at Forrest Memorial Park in Batesville.

Corinne Campbell Johnson, 100, passed away peacefully Saturday, Dec. 21, 2019, at her home in Batesville.  Funeral services were held at 1 p.m. on Monday, Dec. 23, 2019, at Calvary Baptist Church in Batesville with interment to follow at Forrest Memorial Park in Batesville.

Funeral arrangements are incomplete at this time and will be announced once finalized by her family.

A Mass of Christian Burial was held Dec. 21,  at St. Mary Catholic Church in Batesville with interment at Forrest Memorial Park in Batesville. The family will receive friends one hour to the service at the church on Saturday.

He was a resident of North MS Regional Center in Oxford. Matthew loved and had a special bond with his teacher, Beth Bunch.

Matthew was preceded in death by his father, Donald Joseph Nardozzi.

Harriett O’Quinn, age 74, passed away Wednesday, December 25, at Providence Assisted Living, in Batesville. Harriett is the widow of the late Rev. Donald O’Quinn.

Funeral services are incomplete at this time and will be announced once they have been finalized by her family.