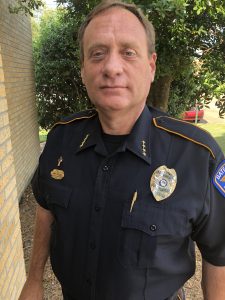 If an idle mind is the devil’s workshop, an unlocked car is his playground.

“I just can’t say it enough, but somehow we can’t get the public to take this seriously,” Batesville Police Chief Jimmy McCloud told the Mayor and Board of Aldermen at their last meeting. “People who leave their cars unlocked are the ones that are having burglaries.”

Aldermen had asked McCloud for an update on the recent rash of car burglaries reported all over Batesville. Especially bothersome to police were about 15 nighttime burglaries two weeks ago in the Dogwood Hills subdivision.

There, residents reported guns, phones, and other electronics were stolen the same night. Each of those cases investigated, McCloud said, happened when cars and trucks were left unlocked.

“These people don’t want to make noise by breaking into a car, they are just checking for an unlocked door,” he said. “When they find one, they take whatever is there and move on. They skip the vehicles with locked doors.”

Police can’t patrol every neighborhood in the city at the same time, and thieves going from car to car are generally at a house less than a minute, McCloud said. When they find locked doors, they move, he said.

“I used to be the world’s worst about leaving my doors unlocked, but I had to get into the habit of locking my doors every time I get out of my truck,” McCloud said. “I wish it wasn’t like that now, but police officers can do very little to help when people continue to leave their doors open.”

Aldermen were assured that investigators are following up on leads and hope to make an arrest soon. “We will not go lightly on anyone that we can prove took personal property from a vehicle, but until we catch them people are going to need to keep their property out of view and their doors locked.”

McCloud said his department usually has an increase of vehicle and house burglaries when the city schools are not in session and students are left home unsupervised in many areas.