If you listen, you will learn, and that’s what I’ve tried to do since relocating to West Tennessee.

From listening to local talk radio I’ve learned that neighboring Crockett County was home to Davy Crockett…king of the wild frontier… and the county seat of Alamo was named in recognition of his efforts at the Alamo in Texas…remember?

With our electric service we are subscribed to a great little publication which contains articles about the three distinct areas of Tennessee. Readers get recipes and can share art, photos, and poems. I’ve learned about the 95 counties of Tennessee plus waterfalls, historic towns, bed & breakfasts, eating establishments, scenic sights, and local events which we need to discover.

And Cheekwood is one of those. Traveling east on Interstate 40 into Nashville, you’ll see the exit sign.

Last Saturday DW and I found ourselves in Nashville with some extra time to spend, so we made a day of it. The grounds and gardens are a Tennessee certified botanical garden and the Cheek home is also open to guests.

The parking areas were almost full when we arrived around 11 a.m., but because of the broad expanse of gardens and trails, it wasn’t crowded. And that night, though we couldn’t stay, there was to be an open-air concert presented by country music songwriters.  Many patrons were already coming in with picnic baskets and blankets to find their spot for the show.

It was evident that the fauna had suffered through the recent drought and there was no water in the rain garden, but there was still much to enjoy. Luckily with the first click of my phone camera a Cheekwood volunteer appeared. Thousands of pumpkins lined the walk-way and filled pots and metal obliques to their brims. And young and old were roaming in and out of the two pumpkin cottages.

Hay bales, mums, asters, crotons, lantana, begonias, leafy vines and bare twigs from trees and shrubs that had already shed their leaves made beautiful fall venues.  My favorite was the alleé of pumpkins…beautifully Halloween-ish.

The volunteer was very talkative. He encouraged us to take a guided tour of the home, to see the trains, and he told us tales. Seems that Leslie Cheek invested wisely in his father’s wholesale grocery business and in his uncle’s earth shattering idea of grinding, blending, packaging and selling coffee beans. (Go for the rest of the story!)

Both ventures were highly successful and made the Cheeks wealthy. Leslie and his wife Mabel loved to travel and entertain and were quite influential in Nashville’s elite society.

Their Georgian home was influenced by their European travels. The couple, with her mother, moved into their custom designed 11 bedroom home in 1932.  Their children Leslie, Jr. and Huldah were already grown at that time.

Huldah inherited the estate where she and her family lived for 10 years. In 1957 she gave it to the City of Nashville as a museum of art and botanical gardens. According to the guide book, the main rooms are furnished to appear much as they did the 1930s and the second floor, where the family bedrooms were, now functions as an art gallery with rotating artwork.

DW and I found a family pet cemetery on our walk around the property and later saw pictures of the much-loved doggies in the family’s recreational room. I love to see the human side of such places and people. Though I was politely chastised when I asked for a guide book for the house.  The volunteer quietly said, as she handed me the book, “it’s called a mansion.”

After we strolled through gardens of dogwoods, herbs, evergreens, perennials, reflection pools, lawns, and boxwoods our last stop was the train station. It was a unique set up of miniature trains and tracks with tunnels, trestles and handmade features mostly of wood and metal.

All ages seemed to love this intriguing outside display with two trains running nonstop. I’d say there’s something for everyone at Cheekwood including thousands of spring blooming blooms and even more twinkling lights during the holidays, with construction underway for many more reasons to return.

But, my favorite local story came from listening to an older brother at church. Seems there was a hotel on down the road from here in the middle 1800 hundreds where President and Mrs. Andrew Jackson had stayed. The next morning, Mrs. Jackson awoke with a cold.  She told the concerned hotel proprietor that it was because “Andy had pulled the “qivers” all night.”

Whisk dry ingredients except sugar, together in a medium bowl, set aside. In a mixing bowl, beat butter until smooth.  Add sugar gradually, continue mixing and stopping to scrape down sides of bowl, for about 2 minutes or until slightly fluffy. Add one egg at a time, beating until smooth. Add pumpkin and mix until thoroughly incorporated in batter. Add portions of flour mixture and buttermilk alternately to pumpkin mixture, beating until batter is smooth. Pour batter into buttered and floured 9 x 5” loaf pan, or 4 mini-loafs pans, or one 12-cup Bundt pan. Smooth top of the batter. Bake in 350-degree oven:  60-70 minutes for large loaf pan; 40 minutes for mini loaves; or 60 minutes for Bundt pan until golden and bread tests done in center.  Cool in pans on a rack for 10 minutes, then remove from pan and continue cooling right side up on rack until completely cool. 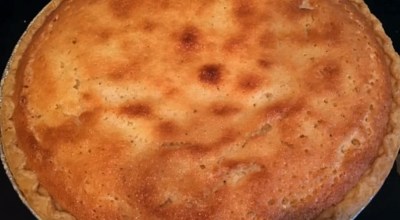