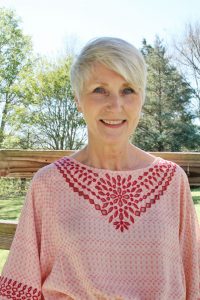 It’s here!  Finally.  Cooler weather, shorter days, fall clothes, and pumpkin spice!  Best of my recollection this craze for pumpkin spice started in 2014. DW and I made a trip to New England that September and found a Dunkin Donuts on every corner, because of course, their headquarters is in Massachusetts.  After being bombarded on every side we finally gave in and ordered a pumpkin spice latte, and satisfied our curiosity. Then, boom!  Pumpkin spice exploded into everything…from cookies to pop tarts to cereal to ice cream, to cleaners, air fragrances, candles, potpourri… motor oil.  Not really, but it wouldn’t surprise me.

Now that we’re in the mood for pumpkin spice lattes and spicy scented candles we should be reminded to check our spices.  Since it’s cooler now we might even feel motivated to do a little pre-holiday baking and make the house smell delicious. That’s what spices do, add flavor and aroma for 2 of our senses to enjoy.

A place in history.  Spices as precious commodities have caused wars, been used for bartering, and sent explorers around the world.  They’ve been used for medicines, perfumes, love potions, embalming, in religious ceremonies, and most importantly, for flavoring food.  Many spices come in whole or ground forms.  Whole spices can be ground or grated as needed and keep their aroma and flavor longer than those already ground. So, purchase smaller quantities of ground spices for better flavor.  Spices should be stored in a cool, dark space like inside a cabinet and not on a wall in a spice rack.  And, I suggest keeping red spices in the refrigerator…paprika, chili powder, red pepper, cinnamon, etc., to preserve flavors longer and keep weevils out. Most spices will hold their flavor for 6 months. As spices age they can lose their potency and develop “off” flavors.

Remember to use spices sparingly. Most spices taste bitter on their own and too much can overpower a recipe.  The old adage that “a little is good and more is better” does not apply to spices. Spices generally are added to enhance other flavors. And when adding spices take care not measure the spice over the mixture or batter you are adding it to, in case you overfill the measuring spoon and the extra spice falls into the batter.

Here’s a look at 3 spices that make the holidays delicious.

Allspice:  Who knew that allspice came from pimento trees in Jamaica and was also known as Jamaican pepper?  Its dried, brown berries taste very similar to cloves with tones of cinnamon, nutmeg, and ginger and comes whole or ground.  So good in hot apple cider.  Cloves can substitute in recipes calling for allspice.

Cinnamon: Probably one of the most used spices ever. The best cinnamon is from the inner bark of a tropical evergreen tree that grows in Ceylon and on the Malabar Coast.  It comes rolled in sticks or ground.  Cassia bark is a not-as-good look-alike and has a more bittersweet flavor and probably not the best choice. Read the label to see what you’re getting.   And in a pinch, ground cloves can be used in place of ground cinnamon, but with a slightly different flavor.

Cloves: Oh, they smell so good when heated. Whole cloves are the red, dried, unopened flower buds of the clove tree. And, they are full of clove oil which permeates throughout whatever food they are added to.  Cinnamon can substitute for ground cloves in most recipes if you must.

Now look at your spices. Dump out old spices and replace with new ones this week and write the date on the bottom of each with a sharpie.  Take the guess work out of next year!

Pictured here in an undated photo are some members and leaders at Spring Hill Asa Church from years past. From... read more