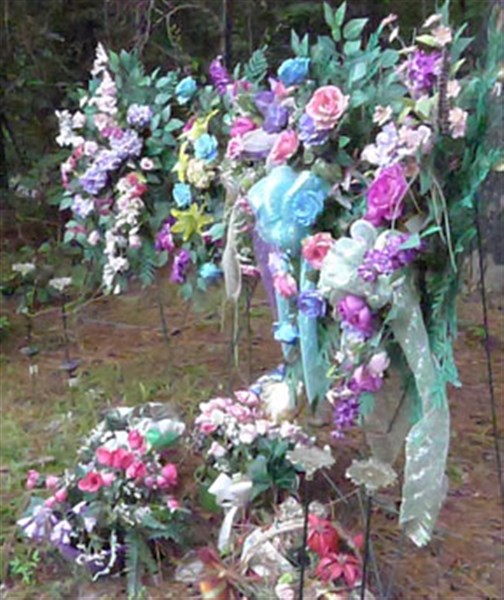 Panola County Sheriff Dennis Darby recently likened the investigation into the murder of Jessica Chambers to the kidnapping and murder of Holly Bobo in Parsons, Tennessee.

“People ask me every day, when we’re going to make an arrest,” Darby said. “We have a possibility, but we’ve got to prove it.”

Bobo, an attractive nursing student, was abducted in April, 2011, triggering an extensive manhunt by multiple law enforcement agencies in rural west Tennessee. In May of this year three men were finally indicted for Bobo’s murder.

“They got one little bitty tip that solved that whole case; that’s what we’re waiting on,” Darby said, speaking recently to the Batesville Rotary Club about the Chambers case.

Chambers was found badly burned near her burning car on Herron Road on December 6 near Courtland. Authorities said the car and victim had been doused with an accelerant. She died within hours.

The investigation has triggered the most extensive coordination of local, state and federal investigative assets ever to concentrate on a crime in Panola County, yet to date without an arrest. By Monday, Dec. 8, 2014 District Attorney John Champion and Darby were decrying the dearth of information, the “street talk” that informants usually overhear about crimes and pass on to law enforcement sources.

Street talk often yields a shred of truth that, when combined with other information gleaned from assorted sources, provides a lead or names a suspect.

Not so with the Jessica Chambers’ murder. Not three days later nor in the eight months since, even with a $53,000 reward offered to the person who provides the information so fervently sought.

The silence strongly suggests that the murderer has created, within the mind of anyone who knows anything about Jessica’s murder, such an aura of fear of becoming victim of a similar, heinous fate that the person has remained tight-lipped.

Such fear also strongly suggests that the perpetrator is so totally stoic, cold and self-absorbed that he has no restrictions of conscience that would restrain him in what he would do to another human being whom he felt had slighted him.

Jessica’s father, Ben Chambers, perhaps dropped a hint to Clarion-Ledger reporter Therese Apel when he spoke with her for a story in their Thursday edition, stating that he believes the murderer is someone whom Jessica “beat” out of $500.

Ben Chambers is in the unusual position of being both the victim’s father and an employee of the sheriff’s department who worked his way up from inmate status back in 2003. When he speaks, his statements — whether originating from his heart as her father or as someone who presumably has an inside track with investigators, it creates ripples, such as those seen this week in a Memphis TV report and Thursday’s Clarion-Ledger.

Meanwhile Darby knows that he faces tough re-election challenges that would no doubt be helped by the arrest of Jessica Chambers’ murderer. But a misfire — the arrest of a suspect who might later have to be released due to a technicality or lack of evidence — would be certainly be catastrophic, not just from a political perspective, but, more importantly, because it would allow a vicious murderer to remain free among us.

NPHS not eligible for reduced fees for Civic Center…