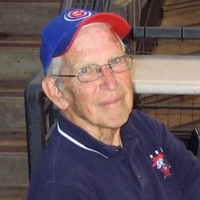 Funeral services were held on Sunday, July 3, 2022, at the First United Methodist Church in Sardis, MS. Reid was laid to rest beside his wife at Rose Hill Cemetery in Sardis, MS. Wells Funeral Home of Batesville has charge.

Reid Patton Dorr was born on October 13, 1927 to the late William Hale Dorr and Mary Patton Dorr. A lifelong resident of Sardis, he graduated from Sardis High School in 1945, where he was the senior class president. He was also elected as Mr. Sardis High School. Reid also played baseball and was in the band.

Reid attended Millsaps College and was a member of Pi Kappa Alpha Fraternity. He also served in the U.S. Army at Camp McCoy in Wisconsin.

Reid was the executive Vice President of Panola County Bank during his 34-year banking and insurance career. He served for many years as Alderman at Large for the city of Sardis, and on the North Panola School Board. Reid was an original board member of Traceway Manor in Tupelo, MS. More of his community involvement included the Rotary Club, the Lions Club, and the Boys and Girls Club.

Reid was an avid Ole Miss and Chicago Cubs sports fan. He actively followed the Chicago Cubs and attended games at every major league ballpark in America.

Along with his parents, Reid is preceded in death by his wife, Joan Herring Dorr. The family he leaves behind to cherish his fun-loving memory include his four children, Mary Jo Dorr Cook, Reid Patton “Pat” Dorr, Jr., Olivia “Libby” Dorr, and Michael Irving “Mike” Dorr; one brother, William Eugene Dorr; 7 grandchildren and 9 great grandchildren; and numerous nieces and nephews.

In lieu of flowers, a memorial contribution in Reid’s name can be made to the Sardis United Methodist Church or to Camp Lake Stephens.