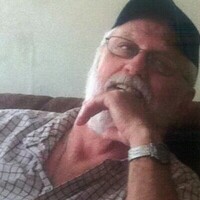 Monty was born Aug. 3, 1949, in Pope, to the late Bill and Minnie Mehan Ware. He was a retired salesman and honorably served his country in the U.S. Army. Monty enjoyed watching western movies and fishing. He was a true family man with whom he loved spending time with. His favorite saying was, “If I knew grandchildren were this much fun, I would have had them first”.

Along with his parents, Monty was preceded in death by one grandson, Davey Bryant, six brothers and two sisters.