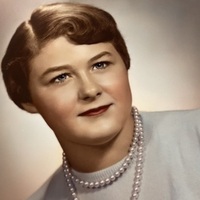 Mary Margaret Lee Haberman, age 84, passed away peacefully at her home away from home (Pinnacle Assisted Living in Oxford) on Jan. 4, 2022, with her devoted daughter “Buffy” at her side.
Mary Margaret was born in Baltimore, Ohio on August 5, 1937, to the late Harry Crawford Lee and Dorothy Irene (Boyer) Lee.
She was a proud graduate of the La Rue High School class of 1956.
In 1956, she married Allen Earl Haberman of Marion, Ohio. They met at La Rue Cash & Carry which was owned by Al’s older brother, Willie Haberman, and where both were employed at the time. On November 19, 2017 they celebrated their 61st wedding anniversary.
Al and Mary Margaret later owned and operated the New Bloomington Grocery in New Bloomington, Ohio, until they moved to Batesville, MS, in 1985-1986. Mary Margaret worked at the grocery weekdays during the morning and early afternoon hours but was always home in time to prepare a delicious meal for her family and tend to the beautiful home that she and Al built on La Rue-Prospect Road.
Mary Margaret was a member of the First United Methodist Church of Batesville.
She enjoyed cooking, traveling, camping, bowling, spending time with family and friends, and reminiscing about growing up in a large family in a small town. She was a true “people person” and never met a stranger. During her time at the Pinnacle, she was a social butterfly. Although there was no official welcoming committee, Mary Margaret made sure newcomers always felt welcomed. She was always willing to help her fellow residents as well as the staff, and, of course, she never turned down a good game of Bingo. She regularly kept up with classmates and friends via her trusty flip phone.
She is survived by her son, Richard Haberman; her daughters: Mary K. “Buffy” (Jeff) Dilley (and grandchildren Ethan and Emma Kate) and Julie R. Haberman (and grandchildren Ashley, Tevin, Austin, Amber, and Giovanni, as well as six great-grandchildren); her sisters: Marilyn Thomas, Marjorie Schorr, Marsha Miller, and Tina Misavage; her cherished sister-in-law Shirley Marquis; her many nieces and nephews; and her many, many special friends.
She was preceded in death by her beloved husband Al; her brothers: Richard “Dick” Lee, Thomas “Tom” Lee, William “Bill” Lee, Robert “Mike” Lee, and Howard Lee; and her sister Katie Boles.
In lieu of flowers, donations may be made to the First United Methodist Church of Batesville (P.O. Box 797, Batesville, MS 38606) or to the children’s charity of your choice.
A celebration service was held on Friday, January 7,  at Wells Funeral Home. Mary Margaret was laid to rest at Forrest Memorial Park. You may sign the guestbook and leave condolences at https://www.wellsfuneralhome.net/obituary/mary-haberman