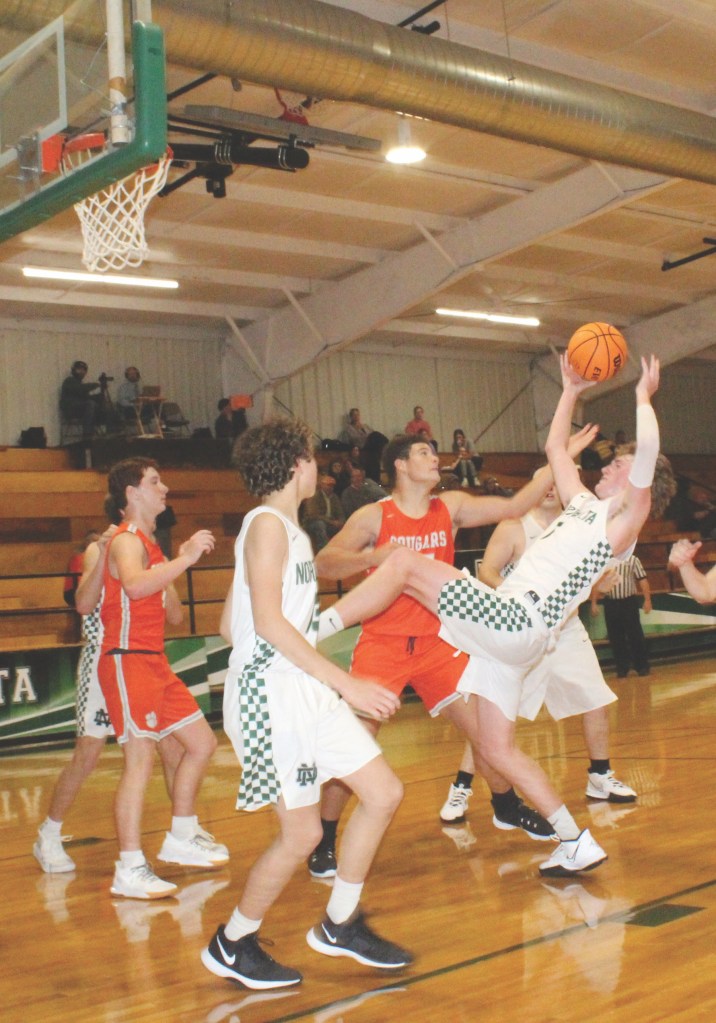 The North Delta Lady Green Wave ran its winning streak to five games in a row with a 46-35 come-from-behind victory over Bayou at home Thursday (Nov. 18) to improve to 7-3 on the season.

It was the only win by any North Delta teams as the Colts were victorious in the varsity boys and both junior high games.

Bayou took a slim two point lead after three quarters before the Lady Green Wave went on a 10-2 run in the fourth quarter to out-scored the Colts 22-10.

Shelby Boone, who led all scorers with 15 points, extended the advantage to 33-27 on a baseline drive at the 4:23 mark.

North Delta (0-4) took an early lead in the first quarter before Bayou closed out the period on a 15-0 run to take a 19-8 lead then cruised  the rest of the way.

Matt Johnson had 14  points to pace the Green Wave followed with 11 second half points by Owens Johnson.

Semmes Dorrel added three while Stiles Rowland and Nolan Long chipped in with two points each.

In the most exciting game of the night,North Delta held a 29-25 lead with ten seconds remaining in the game only to have Bayou convert four points off two turnovers including the game-winning shot at the buzzer. AK Wolfe led North Detta with ten points followed by Kori Cox with seven. Emma Brown contributed six with Jada Bryant finshing with four points.

Owens Johnson paced North Delta in defeat with nine points as Colby Baker provided six. Tucker Bryant and Riley Cook added three each with Caden Land rounding out the scoring with one point.

The Green Wave fell in a close game despite a game-high 17 points from Semmes Dorrell. Lee led 32-15 at halftime before North Delta cut the deficit to 11 points twice in the third quarter. Johnson and Rowland added ten points each with Long providing four points and Ethan Jeffcoat finishing with two points.

The Lady Green Wave had little trouble disposing of Lee 66-27 as ten Lady Wave got into the scoring column.

Owens Johnson scorched the nets with 22 points on three trey’s to pace North Delta. Kolby Baker followed with 14 and Gage Bryant chipped in with ten points. Other scorers included Caden Land with six, Logan Mills and Riley Cook with three each and Tucker Bryant two points.

North Delta returns from the Thanksgiving Holidays with two road games at Marvell, Ark.,  Monday then at Indianola Tuesday with four games each day starting at 4 p.m.

Photo: North Delta picked up wins in the girls games, but the boys came up short against Bayou and Lee, Ark., last week, despite hard nosed play from Semmes Dorrel (with ball) and his teammates.