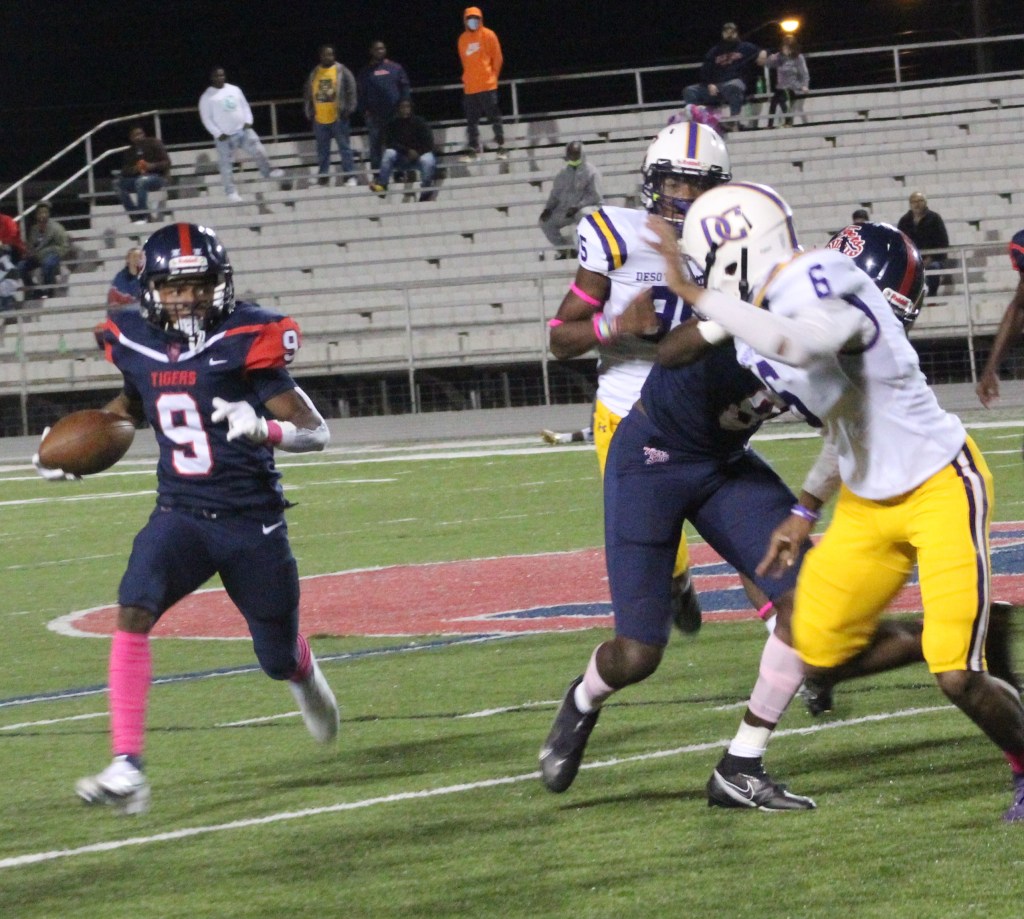 After picking a big 35-6 homecoming win over DeSoto Central last week, South Panola can clinch the Region 1-6A championship when they travel to Horn Lake Friday for a 7 p.m kickoff.

The Eagles are coming off a tough 27-26 district loss to Hernando last week and are fighting for the fourth and final playoff spot with one week remaining in the regular season.

Horn Lake is led by senior quarterback Trinton Conder who has thrown for 746 yards and eight touchdowns on the year. Conder’s top targets are Erwin Reed (9-336, 4TD’s) and Jarnorris Hopson (18-234, 3TD’S).

Jamal Moore leads the Eagles in rushing with 443 yards and three touchdowns while Hopson has garnered eight rushing touchdowns on the year.

South Panola holds a commanding 43-3 series lead, but Horn Lake has won the last two meetings 33-18 in 2017 and 45-13 the following year which saw the Eagles win the 6A State championship.

In last Friday’s win over DeSoto Central, junior running back D’mariun Perteet ran for a season-high 172 yards and two touchdowns as the Tigers broke open a 14-6 lead after three quarters.

Marcus House, Jr., and Khalik Boothe each had interception return for touchdowns in the fourth quarter to give South Panola a 28-6 cushion. Boothe finished with seven passes-broken-up while House had five deflections.

Demarion Shaw put the finishing touches on the game with a three-yard scoring run with 3:25 remaining in the game as Connor West booted his last of four successful point after attempts. Shaw finished the night with 72 yards on seven carries, all in the fourth quarter.

Perteet caught three passes for 15 yards while James Scott, Michael Johnson, Jr., and John Blockmon had one reception each.

Mykel Allen followed with seven tackles, one forced fumble and a fumble recovery.