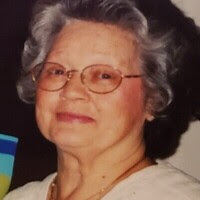 Funeral services will be at 11 a.m. Monday, Oct. 18, in the Martin Willingham Memorial Chapel of Wells Funeral Home with the interment to follow at Magnolia Cemetery in Batesville. The family will be receiving friends beginning at 10 a.m. prior to the service on Monday.

Edna was born March 31, 1938, in Sarah, to the late Robert M. and Willie B. Barbee Hudson. She was a retired retail manager for Fred’s in Batesville, and a member of Pope Baptist Church.

Along with her husband and parents, Edna was preceded in death by her two sisters, Mattie B. Arnold, Gracie Gaines; three brothers, Gene Hudson, Bobby Hudson and Joel Hudson.