SP Tigers kick off season with 41-6 win at Cordova 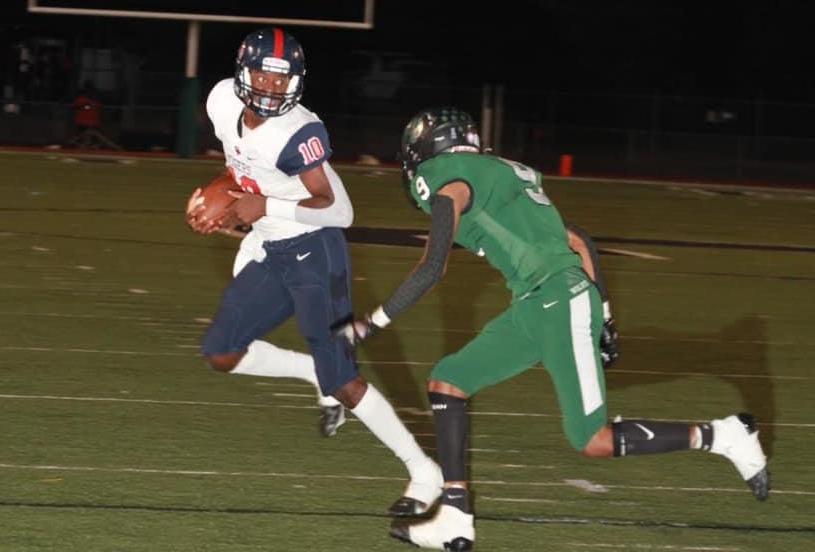 South Panola opened up their much anticipated 2021 football season with 41-6 win at Cordova, Tenn., Friday night. Six different Tigers found the end zone as junior quarterback David Hubbard was a near-perfect 10-of-11 passing for 176 yards and two touchdowns.

The Tigers hit pay dirt on the first play from scrimmage as Hubbard connected with Seandun Clark on a 45-yard pass with 10:32 left in the first quarter. Connor West followed with the first of five PAT’s. Cordova scored its only touchdown on a 91-yard fumble return.

Later in the quarter,  D’mariun Perteet gave the Tigers a 14-6 lead with a one-yard run to cap off a seven-play, 65-yard drive at the 3:02 mark. Perteet finished the game with ten carries for 55 yards.

South Panola began to pull away late in the second quarter as promising sophomore Julius  Pope scored from eight yards out before Hubbard hooked up with James Scott on a 14 yard score to make the score 28-6 at intermission.

The Tigers added single touchdowns in the third and fourth quarter on a Demarion Shaw one-yard run and Darante Green two-yard plunge.

South Panola outgained Cordova in total yardage 468-161 on the night. Pope led all rushers with 65 yards on six carries while followed with 50 yards on nine attempts. Shaw added 23 yards on five totes.

Scott and Mykel Allen had three receptions each followed by Clark and Ethan Johnson with two each. Micheal Johnson, Jr. had one reception for 48 yards with Trey Drummheller and Perteet adding one catch. Johnson also completed three passes for 63 yards in relief of Hubbard.