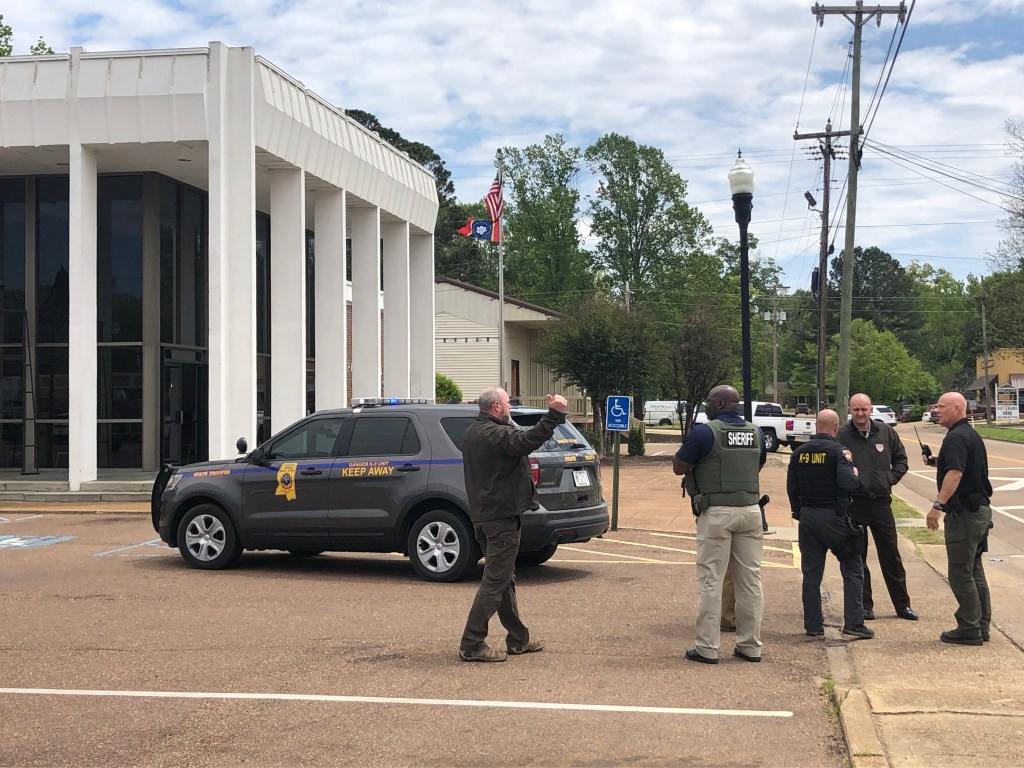 There is a potential bomb sitting on the steps of the Batesville Courthouse, and law enforcement officials have cleared an area of 100 yards around the front of the building and have shut down most traffic on the Downtown Square.

The packaged was noticed by the Courthouse deputy on duty, who though it was a piece of trash, according to Panola County Sheriff Shane Phelps. When the officer picked up the package he realized it weighed about two pounds and quickly set it down again.

A bomb-sniffing dog was brought in by the Mississippi Highway Patrol and the handler of the K-9 could not rule out that the package contains some sort of explosive material because the dog “hit hard” on the package.

This is a developing story and more will be posted over the course of the afternoon.

Phelps is asking citizens to stay away from Batesville’s Square until the situation is cleared. The sheriff said law enforcement officials are always working with the school district to figure out a way to get school buses and pick-up traffic through the area as safely and quickly as possible.

Rep. Williamson railed against at local board meetings