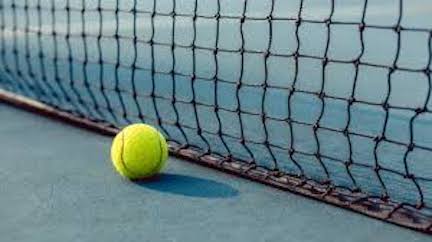 Batesville’s recreation areas and walking trails will soon have upgrades, including new tennis facilities at Trussell Park complete with the latest in court surfaces and restrooms.

Aldermen have discussed the conditions of city parks at its past few meetings, listening to input from citizens asking for better facilities and considering the research on possible improvements and related costs presented by Public Utilities Director David Karr.

The most expensive project will be the construction of six new tennis courts, complete with viewing areas and bathrooms in the middle of Trussell Park where the splash pad is located.

Conditions of the tennis courts and facilities at Trussell have been on the aldermen’s radar since school teams and community residents complained early this year. Board members took several months to finally give Karr the go-ahead to begin gathering architectural drawings and start the process of accruing construction specifications as they weighed the costs and benefits of both temporary repairs and a new building project.

South Panola High School and North Delta School use the city’s tennis courts for practice and home matches as neither have playable courts. Additionally, there is a vibrant tennis community in Batesville, especially in the ladies leagues, with teams regularly playing home and away matches with other North Mississippi cities in the national United States Tennis Association organization.

Aldermen are keenly aware of the restaurant, and sometimes hotel, business that visiting tennis and other sports teams bring to the city, and consider the expansion of Trussell Park an investment in tourism.

After learning a two-year fix of the tennis courts would cost approximately $20,000, aldermen were convinced Trussell Park upgrades, expected to be $2 million or more, is a better long-term solution.

The plan will involve tearing up the six existing courts near the entrances to the park, leaving that area open for the expansion of softball fields that will allow the city to host larger youth softball tournaments in the future.

Teams routinely pay $300 or more to enter tournaments, adding the $5 admission for parents and fans, and two days of concession stand sales, tournaments with 15-20 teams can easily generate $10-20,000.

“Really, on the top of that hill is the prettiest place in the park anyway,” Karr said. “It’s level and we wouldn’t have to haul much dirt. It would really add to that park and we’re ready to start getting some plans together when the board says move ahead.”

Another plan floated in discussions about the tennis courts would have the existing courts torn up for softball, but new courts constructed in the large grassy area between the parking lot and Hwy. 35.

Karr said new courts would have fit there, but building the low area up would have added thousands to the projects, and taken away most of the green area that makes the front part of the park attractive.

The new courts will not be built with asphalt, which cracks and crumbles when water seeps through and then freezes during cold snaps.

The latest advances in tennis court construction have extended the life of courts by years, and if there is no cracking only surface recovering and striping is needed as part of regular, long-term maintenance.

Batesville Mounds getting upgrades this year

Batesville aldermen are moving ahead with plans to construct split-rail, frontier style fences around each of the Indian burial mounds... read more