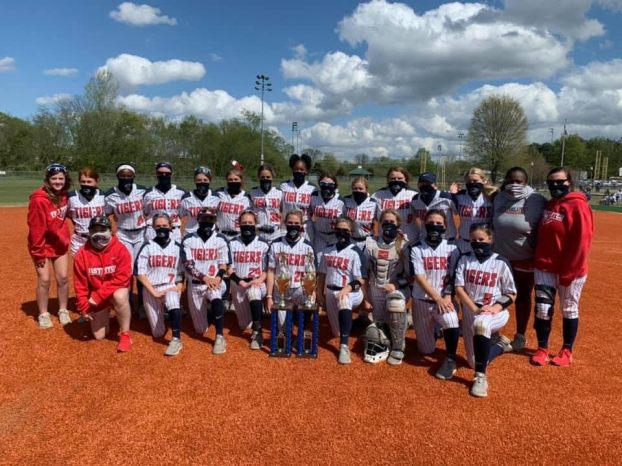 The South Panola Lady Tiger softball team took first place at the Morris Hunter tournament over the weekend at Greenbrook Park in Southaven.

The Lady Tigers opened up the two-day tournament with a win over Valley View from Jonesbro. Gracie Harbour struck out eight and gave up two hits to earn the pitching win.

Fondren continued her hot hitting with a double and two singles while Seay scored a run.

The Tigers found themselves trailing 4-0 after the first inning before rallying for five runs in the bottom of the fourth inning.

The Lady Tigers and Blue Devils battled to a tie in the final game Saturday as Ware and Perkins singled for South Panola.

The Lady Tigers close out the regular season Tuesday at home against Lewisburg beginning at 5 p.m with the junior varsity.