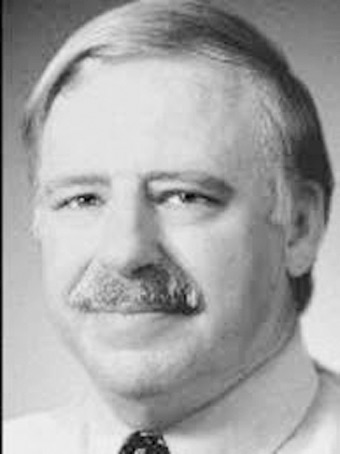 A story of heavy biscuits and old books

I knocked on the door, holding a bouquet of bright yellow flowers for the minister’s daughter. Would she even remember me? The door swung open, and Miss Mathew said. “Come in, come in.”  Yes, she remembered.

Miss Mathew was 86 years old and had lived her whole life in this church manse in Scotland. My wife, three sons, and I had attended last Sunday’s worship service of the Free Presbyterian Church, known as the “Wee Frees” and successor to the Seceder Church that my Scottish Lowlander family had belonged to several centuries ago.

But this is a story of biscuits and a book – very heavy biscuits and a very old book. Miss Mathew’s parents and siblings were long gone, and she took immense pride in showing me through the house, including the parlor with a grand piano, a white marble mantel over the fireplace, and exquisite vases balancing the pieces of heavy furniture.

“I keep it just the way it was,” she said proudly.

Miss Mathew disappeared into the kitchen but soon emerged pushing a serving cart with a pot of hot tea and a stack of biscuits with butter and jelly – but only one cup and one plate. Clearly, I was expected to eat the stack of big, round, heavy biscuits.  “Now YOU eat,” she commanded, hovering over the serving cart.

Miss Mathew finally settled into a chair near the serving cart as we chatted about church history and her family – and while I kept eating biscuits. I didn’t want to disappoint her.

There was a large bookcase behind a nearby couch, the books being her father’s collection of works on theology, epistemology, and  metaphysics, useful for sermon preparation. I saw my chance.

I pointed to one of the books, asking Miss Mathew about it so she would turn her head and give me a chance to slip one of the two remaining biscuits into my coat pocket.

I had the biscuit halfway home – into my pocket – when Miss Mathew  glanced back.  I smiled sheepishly and reached for the butter knife. Close only counts in horseshoes and hand grenades.

got up and swung the couch in front of the bookcase around so I could inspect all of the books, including those behind the couch.

One of the books was about the Scottish martyrs of the 1680s, known as the Killing Times since Scots who denied the supremacy of King Charles II were often executed.  Miss Mathew well knew the story of the “two Margarets.”

When both women refused to take the Oath of Allegiance to the king, soldiers took them to a nearby beach and stacked them in the sand as the tide was coming in. The women would be given one last chance to swear allegiance to the king. The older Margaret was staked closer to the incoming tide, the soldiers reasoning that if she still refused the king’s loyalty oath and drowned, the younger Margaret – having her full life ahead of he – would be more likely to take the oath.

They were wrong.  Margaret Lauchline, 63, did drown.  But, having proved that they meant business, when the king’s soldiers repeatedly asked the younger Margaret, Margaret Wilson, “Who is your king?” each time she resolutely answered “Christ is my king” until the incoming tide also took her life.

When it was time for me to take my leave, Miss Mathew asked me if any of the books in her father’s collection were of interest. I mentioned several, including the one about the two Margarets and other Scottish martyrs of the Killing Times.

“Well then,” said Miss Matthew triumphantly, “well then, you must have it.”  I meekly protested that I shouldn’t take this 1778 book, but Miss Matthew pressed the book into my hands and, pressing my fingers around it, added with a wink, “Now, now, no one will ever know, will they?”

James F. Burns is a retired professor at the University of Florida. Write to him at burns@ise.ufl.edu

Counter shield is coming down this week

By Ricky Swindle Muffler Shop Musings Howdy, friends! My bride and I have come full circle with this pandemic it... read more