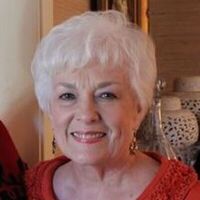 A celebration of her life will be Friday, Feb. 26, at First United Methodist Church in Batesville.  Visitation is from 9-11 am, followed by the funeral at 11 a.m.  A private burial will be held afterwards at Oak Hill Cemetery in Water Valley.

Mrs. Smith was born Aug. 1, 1943, in Water Valley, to James K. Wilbourn and Eva Sartain Wilbourn.  She graduated from Water Valley High School in 1961, where Mrs. Smith was a cheerleader and a state officer for Y-Teens.

She was the 1961 “Lady of the Lake” for Sardis Reservoir.

She attended Mississippi State College for Women (now Mississippi University for Women), then transferred to the University of Mississippi, where she was a member of Delta Delta Delta sorority, graduating with a Bachelor of Education in 1964.  Mrs. Smith married the love of her life, Ben Barrett Smith, on June 7, 1964.

She began her heartfelt teaching career that lasted decades, influencing a generation of children in Northwest Mississippi.  Mrs. Smith became well-known in Batesville and Panola County as a stellar kindergarten teacher, first at Little Red Schoolhouse and then at West Panola Academy (later North Delta School).

She and her teaching partners were proud of their reputations for excellence in early childhood education, and for their elaborately-detailed Christmas programs and graduation ceremonies.

She was an active member of First United Methodist Church in Batesville.  Mrs. Smith was a chairperson of the Council on Ministries, led the children’s music ministry for several decades, and had multiple leadership roles in Sunday School, Vacation Bible School, and music ministries, where she used her gifts on piano and in song.  She was a longtime participant in Explorer’s Bible Study.

She was preceded in death by her parents and husband.  Survivors include her daughter, Stacy Smith Climer and husband Tim of Batesville; a son, Will B. Smith and wife Anne Fairley of Oxford; seven grandchildren, Barrett Climer, Abbey Climer, Alden Climer, Sydney Smith, John Graeber, IV, Leland Graeber, and Duncan Graeber; and one brother-in-law, Pete Smith and wife Brenda of Newnan, Ga.

Memorials may be sent to First United Methodist Church of Batesville or to St. Jude Children’s Research Hospital in Memphis.