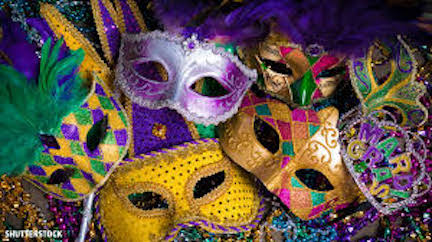 If you were planning to come to New Orleans for Mardi Gras, don’t.

That’s the message that New Orleans Mayor Latoya Cantrell and other city officials and public health personnel are spreading as this year’s much abridged Carnival Season heads to its climax on Fat Tuesday, Feb. 16.

Last Friday, the mayor announced this city’s most stringent restrictions yet: all bars will be shuttered from Friday, Feb. 12 through the following Tuesday with other liquor and restaurant sales drastically curtailed. Prominent streets in the Quarter where Mardi Gras crowds usually gather will be closed to pedestrian and vehicular traffic during the same five-day period.

Although bar owners and some restaurant owners would not agree, Cantrell had tried a velvet glove approach to enforcing pandemic imposed restrictions until the last weekend in January. That’s when videos appeared all over social media showing typical Carnival crowds thronging French Quarter streets — business as usual.

Since then, authorities have stepped in and closed several bars found in violation, and the mayor has pledged that New Orleans police, who are normally engaged in handling huge parade crowds, will be utilized to keep people from crowding.

We’ll soon see how it all plays out.

The “Yardi Gras” movement also spread rapidly throughout the city with people decorating yards and houses in the fashion of the world-famous parade floats. Themes for decorating run the gamut, limited only by the unlimited imaginations of the creators.

Several krewes who normally stage parades have lined up their floats in City Park for admission-paying admirers can enjoy. They walk alongside a parade that doesn’t move. Reservations were required and quickly sold out.

None of these alternate activities will hold much interest for the out-of-towners who usually pile into this city expecting to spend, dine, drink and then drink some more, triggering an exponential burst of further spending.

If you’re looking for a silver lining, it may be that far fewer people will be as hungover once Ash Wednesday dawns. And with more in their pockets.

Hangovers will be reserved for the businesses that are heavily Mardi Gras tourist dependent. They’ll be feeling bad long past Feb. 17.

Mr. Jack remembered with a laugh