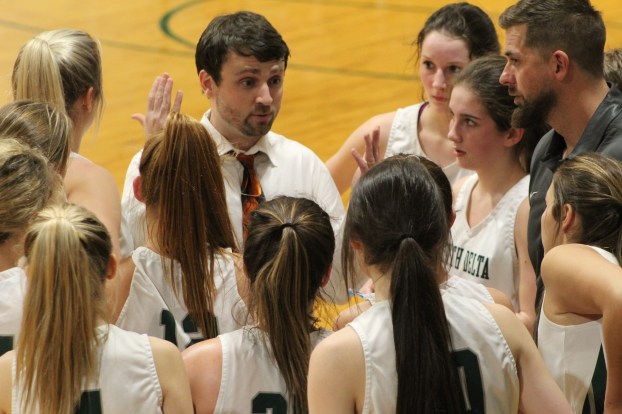 For the third time in four games, North Delta forward Shelby Boone reached the double figure mark in scoring as the junior put up 16 points in leading the Lady Green Wave to a 47-34 district road win at Marshall Academy Friday, Jan 22.

The Green Wave and the Patriots also played a full set of games on Tuesday, Jan. 19.

In Friday’s game, Boone proved to be a force on the defensive end with five steals to go along with seven rebounds.

Emily Wells and Breck Brewer added two points each followed by Isabella Morrow with one point.

The host Patriots earned the four-game split by winning the nightcap.

Bost rounded out the scoring with one point.

North Delta was scheduled to close out the regular season Tuesday, Jan. 26, at Kirk Academy beginning at 3:30 p.m.

The Junior High meanwhile will host the district tournament beginning Saturday, Jan. 30, with the championship game being held Monday.

Times and seedings have yet to be determined.

The junior high Lady Wave evened their district record at 2-2 with a narrow 33-29 victory.

Emma Brown and Jada Bryant got into the scoring column with two and one point.

Other scorers included Owens Johnson with two points and Alex Jackson one point.

The North Delta School boys placed three players in double figure scoring in their district tilt against Marshall Academy, but it was to no avail as the Wave fell 67-53 at home.

Grayson Alford led the way with 21 points including 9-of-11 from the free throw line. Ryan Gibson and Drake Barton added 11 points each. Gibson also had a good night at the charity stripe by sinking 9-of-13 shots.

Cody Bost and Martin Wolfe chipped in with five points each for North Delta who fell to 0-3 in district play and 1-7 overall.

North Delta’s junior high boys had no problems improving to 2-1 in district with a easy win over the Patriots.

The Junior High Lady dropped a nail-biter to Marshall despite a game-high 14 points from Paizlee Woods. Emily Wells followed with seven points with Meagan Michael and Autumn Boone scored two points each.

The ballot is slowly growing for City of Batesville’s Municipal Election on June 8. Deadlines for candidates to return qualifying... read more