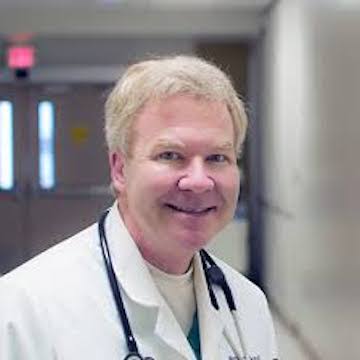 Former Batesville doctor Robert S. Corkern, once part owner of Tri-Lakes Medical Center, was one of the many people that former President Donald Trump gave a full pardon to on his way out of office this week.

Dr. Corkern, part of a physician group that purchased the Batesville hospital from Panola County and the City of Batesville, pled guilty in 2012 of federal program bribery in a case that stemmed from an investigation by state and federal authorities accusing Corkern and others of crimes that eventually cost taxpayers $22 million in unrecoverable payments to the doctors from the Medicare and Medicaid programs.

Dr. Corkern now practices at Delta Regional Medical Center in Greenville. He completed his sentence of two years’ probation without incident, and paid a $100 fine as ordered by the court.

Contacted Wednesday, Corkern expressed his thanks to President Trump for the pardon, and to his friends in Panola County that supported his career and efforts here. He provided The Panolian with much of the legal documentation for this article.

President Trump issued at least 73 pardons and 70 commutations of sentences to various individuals on his last day in office. It is unclear if Corkern’s pardon was one of the last issued, or if it had been decided earlier, and only announced this week.

His pardon was supported by Senators Roger Wicker, Cindy Hyde-Smith, former Gov. Phil Bryant, and Dr. Michael Mansour. “This pardon will help Dr. Corkern practice medicine in his community, which is in dire need of more doctors as it has struggled to keep up with demand for emergency services. Dr. Corkern served in the Mississippi Army National Guard and has generously provided his services to low-income patients,” read a portion of the support letter considered by President Trump.

In a support letter, Dr. Mansour, who serves as President of the Mississippi State Medical association, wrote:

“Convicted felons are unable to bill Medicare and Medicaid for physician services. This prevents him from working the hospital’s emergency room. We have unable to replace him with someone of his highly skilled abilities and patient care has consequently suffered. Dr. Corkern is one of the most skilled, caring and compassionate physicians that I have had the privilege to work with over the past thirty years. As a native of this community and on behalf of our medical staff and out patients I hope that you will give strong consideration to Dr. Corkern’s clemency petition.”

He entered a guilty plea to the one count of federal program bribery on Jan. 9, 2012. In doing so, according to court papers, Corkern admitted to paying $25,000 to David Chandler, the Panola County Administrator at the time, to secure the release of operating funds he believed were being improperly withheld.

This money, federal prosecutors said, was a bride and reward for Chandler’s role in securing the $400,000 payment from Panola County to Tri-Lakes Medical Center, now Panola Medical Center, on March 20, 2007.

Additionally, Corkern agreed to serve as a government witness in the trial of his co-defendants, the late Earnest Levi Garner, and Raymond Shoemaker. On Nov. 13, 2012, Corkern was sentenced in United States District Court to a term of three years of supervised release, including two years of home detention, fined, and ordered to make restitution of $400,000.

Panola County eventually paid the $400,000 voluntarily to the hospital and the sentencing judge rescinded his restitution order. The sentencing judge also concluded that Corkern did not personally benefit from his own acts, or the criminal acts of others.

The judge determined that Corkern had used the funds dispersed to him exclusively to repay bank loans he had taken out to purchase the hospital.

In a subsequent case before U.S. District Judge Neal Biggers, Jr., heard in March 2017, the court said, “Following his sentence, Corkern faced difficulty in maintaining his professional license and accreditations related to his practice as a medical doctor. While he was ultimately able to secure the reinstatement of his license to practice medicine in the State of Mississippi, to date his Medicare and Medicaid privileges have not been restored. He asserts that this shortcoming makes it virtually impossible for him to continue practicing medicine.”

In that case, Corkern asked the court to vacate, or set aside judgement, from the November 2012, alleging that he received ineffective assistance of counsel regarding his guilty plea. The doctor essentially argued his agreement with the United States Attorney’s Office promised him that the “full weight and credibility of the United States government” would support his attempt to regain his medical license following his conviction and sentencing.

With the Presidential pardon, Corkern can presumably re-apply for participation in the Medicare and Medicaid programs.

“As I reflect on my carelessness and poor judgement, I am once again struck by the fact that I have no one to blame but myself. I see the human needs around me and am anguished on a daily basis by my inability to address them – solely due to my own actions. I can only hope that I will be given a second chance at helping those around in a way that few others are trained to, and return to the life of service I feel called to,” Corkern wrote in his petition.