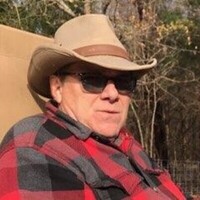 Patrick Alan Smith passed away while surrounded by family at his home in Sardis, on Monday, Jan. 11, 2021. He was 61.

Mr. Smith, also known to most family and friends as Rabbit, was born in Newton on Oct. 6, 1959, and was a graduate of East Mississippi Community College, where he received an associate degree in drafting.

He was employed as a metal building draftsman for over 40 years with companies in Georgia, Tennessee, Alabama, and Mississippi.

Pat had a passion for guns, the outdoors, fast cars, the Braves, and his MSU bulldogs.

He was the life of any party, adventurous, and had a stockpile of the corniest dad jokes ever – “pull my finger.” Above all else, he was known for his willingness to help anyone with anything and his love for his family.