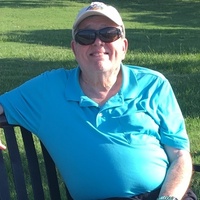 Bill leaves behind his wife and soul mate, Latitia Fowler Trusty, whom he married on his 50th birthday. Those who will also be cherishing his memory are his children, Jennifer Trusty Coker of Brandon,  Shannon Trusty (Charles) Dufour of Northport, AL, William E. (Bill) Trusty, Jr. of Batesville, Billie E. Shepard of Gulfport, Bob S. (Melissa) Shepard of Batesville, and Beth (Lee) Garner of Batesville, along with sixteen grandchildren and six great-grandchildren.

He was preceded in death by his father, Aubrey Wayne Trusty; mother, Corrine Edrington Trusty; and his sister, Nettie Nell Trusty Richmond.

The family will remember Bill on Thursday, Jan. 14,  at 1 p.m. at Sardis Lake Baptist Church with the family receiving friends at noon prior to the service. Reverend Kevin Crofford will preside over the service. The interment will be at Eureka Private Cemetery near Courtland.

Bill was born in Shreveport, LA on June 7, 1941, where he grew up and graduated from Byrd High School in Shreveport, LA. He attended Centenary College of Louisiana before transferring to his beloved Ole Miss, where he received his Bachelor’s degree and his Doctor of Jurisprudence in 1967.

During his life, he had many adventures. After law school, he worked for the oil business followed by adjusting claims for insurance companies. When he finally settled in Batesville, he worked with Cliff Finch followed by a law partnership with colleagues.

Bill became a solo practitioner in 1990 shortly before building his current office. Bill had many accomplishments in his life, including being a sustaining member of the Mississippi Trial Lawyers Association, member of the American and Mississippi Bar, Phi Alpha Delta Law Fraternity, Who’s Who of Practicing Attorneys in 1989, Who’s Who in the National Directory of Executives and Professionals, Extraordinary Sponsor of Legal Education at the University of Mississippi through the Lamar Order, member of the Rotary Club (president in 1985-1986), and he was a member of the Inner Circle wherein he introduced Trent Lott at a luncheon in Washington, D.C.

Bill loved Ole Miss sports. On many occasions, you could find him and his wife, Tig, sitting on the football field, baseball field, or basketball court. They loved their seats in the Diamond Club and made many friends over the years. you could also find them traveling to watch their Rebels as well. When he wasn’t watching sports in person, Bill would be watching them on T.V. with friends and family. He adored his loving wife, and they spent over twenty-nine years traveling  and enjoying the world together. In the past few years, Bill and Tig greatly enjoyed taking cruises. More than anything, Bill enjoyed reading and studying his favorite book, The Holy Bible. That was his greatest passion. He did a jail ministry in Panola County for over 20 years.

Bill used his spare time to prepare lessons for teaching at his church and the jail. He used his life to bring glory and honor to God’s name in every aspect of his life, business and personal. Bill was a faithful member of Sardis Lake Baptist Church. He loved his church family, eating and going on excursions. Bill has enjoyed movies, reading and discussing politics over the years. He treasured every second that he spent with his children and grandchildren, having special moments and traditions with them all. Also, close to Bill’s heart was the Save A Life Foundation. He served as president for many years on the Board of Directors, and supported the foundation in every way possible.

If you knew Bill, you knew that if you needed him, he could be found at his office. He loved every minute of his job and practiced until the very end. He made many friends and acquaintances, and loved telling his “war stories” from the office. Bill often said that he should have written it all down, but because it was so wild, no one would have ever believed that it all was true. In his work, he showed kindness, grace, and compassion to all that he encountered constantly radiating God’s light in this dark world.