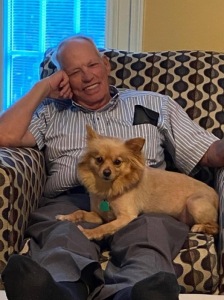 He spent his early childhood and young adult years in Como. He married Martha Butler Rayburn on Aug. 19, 1962, in Crenshaw, where they remained as permanent residents for the past 58 years.

For more than 10 years Mr. Franklin was the caretaker for Longtown Cemetery. He also served as an EMT and firefighter for Crenshaw Fire Department and was once the Mayor of Crenshaw.

He previously owned businesses in Crenshaw, Como and Longtown. He was a former member of the Crenshaw Lions Club and Gideon’s Association. He was a member of Crenshaw Baptist Church where he served for over 50 years as Deacon.

In lieu of flowers memorials may be sent to Crenshaw Baptist Church.

A private graveside service was held in Longtown Cemetery on Tuesday, Dec. 29. A public memorial service will be held at a later date. Pate-Jones Funeral Home had charge of arrangements.