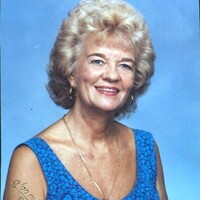 There will be a graveside service held for Bettye at 1 p.m. Monday, Jan. 4,  at Forrest Memorial Park in Batesville.

Bettye was born August 28, 1932, in Lafayette County. She graduated from Walnut High School in the Mississippi Delta. She was married to Bill Kelly and had one daughter, Selena Faye Gracia. She also had a grandson Anthony Garcia in Houston, TX. They were her pride and joy. She started working in 1953 for South Central Bell in Memphis, later moving to Galveston, TX., where she worked for Southwestern Bell until retirement in 1988.

She moved back to Mississippi in 2001 where she lived until 2018 when she moved back to Texas to be with her daughter. Bettye was a member of Batesville Church of Christ.

Russell Pierce, 86, passed away Thursday, Dec. 24, 2020, at Baptist Memorial Hospital in Oxford. Funeral services will be at... read more