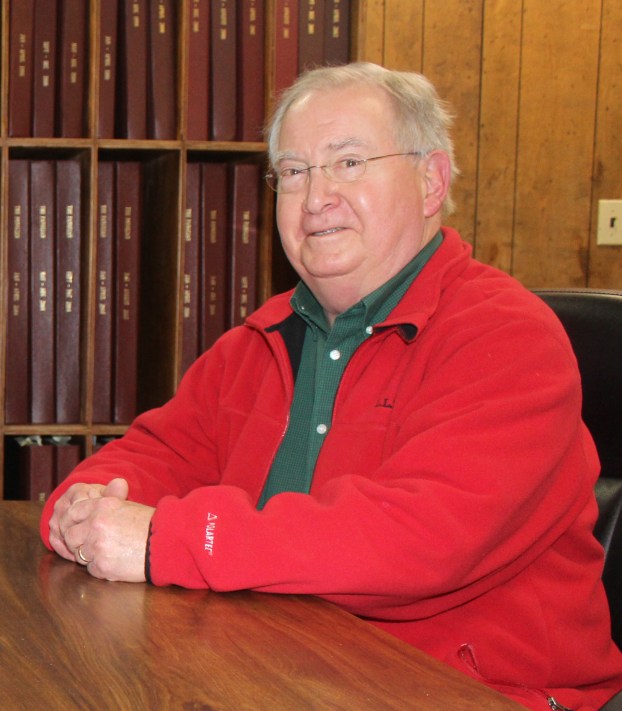 His announcement came at the height of a a flurry of legal maneuvering and investigation into the challenge of the 2020 Pigskin Picks by the second place winner. It will hopefully come to an end Monday when the retired Mississippi Supreme Court Justice Carlson will make a ruling and the winner of the contest will be confirmed.

Judge Carlson agreed to look at the evidence and read briefs over the weekend, and will make his decision known Monday afternoon. Interviewed Friday afternoon about his task to issue a ruling, Carlson said he believes the question of the real winner is fundamentally important to the peace and tranquility of Batesville, and should be decided quickly.

In short, Batesville attorney Tom Womble was told by The Panolian he was the winner of the popular Pigskin Picks contest carried by the newspaper each football season. A day later, the initial third place finisher Bailey Guckert, manager of Kirk Brothers of Batesville, presented evidence that convinced Publisher Rebecca Alexander that he was indeed the 1st place winner, and Womble had finished 2nd. The first article can be read here.

The original 2nd place winner, Kirk Rowsey, owner of Big Delta Powersports, was pushed to third place, a position that doesn’t get a trophy. Soon after Womble was told of the mistake, he contested the decision in Circuit Court filings on behalf of he and Rowsey.

Guckert released a one sentence statement: “I won the contest and will be accepting the trophy whether it’s today, tomorrow or Monday.”

Judge Carlson said, “It’s been my judicial experience that matters such as this should be settled expeditiously in the interest of community morale. I want to send a shout out to Coach Ricky Woods, I know he’s reading this at home and always does. We’re looking forward to a great year for the Tigers next year. I was saying that Mr. Womble and Mr. Bailey, and to some degree Mr. Rowsey, should have the opportunity to present their cases. And I just got a text that says Keith and Debbie Parker are reading this and we sure appreciate them reading with us today,” Carlson said.

Carlson said he has been following the story closely, and has been interested in seeing the Pigskin Picks actual hard copies and hearing complaints from either party. “I’ve read The Panolian’s reports and I’m up to speed. I have a pretty good understanding already, and I will have a decision on Monday. I just need to see their briefs.”

In response, Rowsey said he “wasn’t going to show anybody my briefs” and “I wish I would have never got caught up in this mess.”

“We have some great deals at Big Delta and the store is busy with people buying new powersport equipment for Christmas, and now I’ve got Tom Womble calling to tell me that Judge Carlson wants to see our briefs. I like old Tom just fine, but dog gone it, I’m about to jump out of this boat. And I never did get that sandwich from him,” Rowsey said.

In other Pigskin Picks news, Publisher Rebecca Alexander confirmed Friday that she has made a new trophy order for whomever is finally decided upon as the winner.

“The Panolian planned to present two regular trophies for the winners, but after seeing all the interest in the challenge to the contest winner, we have decided to go big,” she said. “I’ve ordered a larger trophy with a base and plaque that will be the new prize each year. The winner’s name each year will be engraved on the plaque and it will be kept for a year and then passed to the next year’s winner.”

“We’ve designed the award to be like the Egg Bowl trophy in that we hope the winner will make it a traveling presentation to let all their supporters view and perhaps have their photo taken with,” she said.

Alexander reminded readers the contest is made possible each year by the advertising dollars spent by local businesses who recognize the importance a local newspaper plays in the vitality, and even survival, or smaller towns and counties.

“If readers enjoyed the Pigskin Picks Contest this year, we hope they will make a point to do business with these supporters of the newspaper when possible, and be sure to thank them for their continued support of their news source,” Alexander said.

The Panolian will post Judge Carlson’s decision when it is released, along with comments from the litigants and reaction from their supporters.

Panola now at 60 Covid deaths; 8 in the past two weeks

Panola County has lost 8 citizens to Covid-19 in the past two weeks, and another 340 have tested positive for... read more