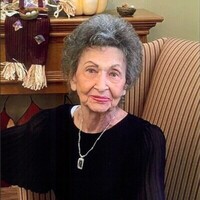 She was a residence of Coffeeville, but had lived the last year at Providence Assisted Living Center in Batesville.

There will be a graveside service held for Kathryn at noon Saturday, Dec. 12, at Coffeeville Cemetery in Coffeeville. Rev. Craig Baker will officiate.

Kathryn was very dedicated to her family. In addition to lovingly raising her three children, she also cared for her mother, her sister, and her brother before their deaths. Kathryn always had a warm smile and a kind word for others as well as a twinkle in her blue eyes.

Those left behind to cherish her memory include her daughter, Linda Tierce Holland (Danny) of Batesville; her granddaughters, Lief Tierce McDonald (Scott) of Madison, Dana Arrington of Asheville, NC, and Megan Holland Rucker (Kyle) of Hernando; three great grandchildren, Taylor Kinney of Asheville, NC, Savannah and Saylor McDonald of Madison.

Anyone wishing to make memorial contributions in her memory may send them to Coffeeville First Baptist Church, P.O. Box 240 Coffeeville, MS, 38922.

Jimmy Carlini, 72, passed away Saturday, Dec. 5, 2020, at  Baptist Memorial Hospital in Oxford. He was the husband of... read more