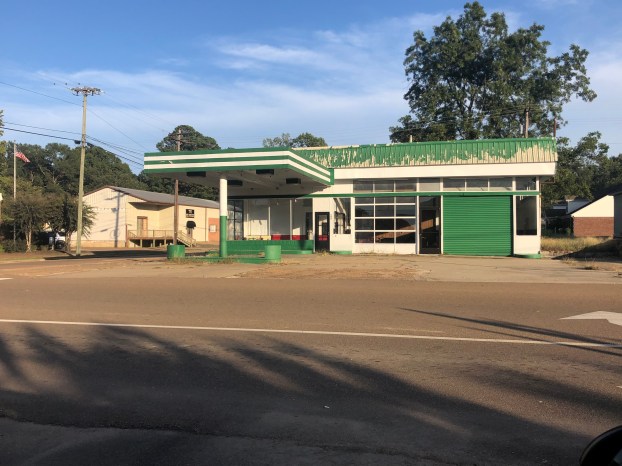 City board allows variance for car sales on Square

Jeff Autrey was granted his request for a use variance at 152 Public Square to operate a used car lot at last week’s meeting of the Batesville Mayor and Board of Aldermen.

It was the first use variance approved by the City of Batesville in more than 10 years, and the board’s acting attorney Colmon Mitchell explained the legal parameters of the variance to aldermen while Mayor Jerry Autrey, brother of the applicant, recused himself from the discussion.

“You’re letting somebody do something that the zoning ordinance says they can’t do,” Mitchell said. The Square is designated as a Downtown Business District and car displays, sales, or rentals are only allowed in C-3 (commercial) zones.

Mitchell reminded the board that a vote to approve a variance would “run with the land” and continue to apply after Autrey current lease expires unless aldermen placed conditions on their approval.

Aldermen agreed, and the final motion included language saying the variance is good for two years, limits the number of cars for sale to seven, and mandates that Autrey (or his company) be the operators of the business.

Wheels Lease Sales, currently located on Hwy. 6E next to The Caramel Factory, will move its business to the building on the northeast corner of the Downtown Square now that the variance has been approved.

Autrey said he has storage in Sardis to keep vehicles and will also have all detailing work performed there. The Downtown corner will only be used to display up to seven cars and do paperwork, he said.

“Basically the only changes we will make will be to clean up, change the color, put out some plants, and replace some windows,” Autrey said. “Most everything is on the internet now, so we don’t need many spots.”

Aldermen asked about his plans for painting the building, Autrey said he might want to repaint with the current green and white, but Andy Berryhill, the city’s chief building inspector, reminded him the Planning Commission was presented (and approved) a yellow and white color scheme. Autrey said whatever the city preferred was acceptable to him.

Panola Partnership CEO Joe Azar spoke on behalf of the request, and said other businesses on and near the Square would welcome a tenant for the currently-vacant building.

““This variance is not far removed from what it was anyway,” Azar said.. “It was a service station and then a tire wholesaler and in my opinion it shouldn’t even need a  variance because it stayed in the same family. As a place for car sales it’s a natural fit for that.”

Aldermen had first heard Autrey’s request last month, but took the matter under advisement to give themselves time to study the legal consequences of allowing car sales in the Downtown Business District and gauge the response from other businesses and citizens.

““I’m not worried about what Jeff wants to do, I’m just worried a year or two from now when the next person comes in and we haven’t put any stipulations on it and it’s wide open. That’s what worries me,” Morrow said.

When the request first came before the board last month, Autrey said he intended to make the location a place to display and sell classic cars, but did not mention in last week’s meeting what make or model of vehicles he will display. The board did not make any conditions about year models in the final motion entered in the official minutes.

The long-empty building was recently purchased by Clarksdale businessman Ali Khdeir, who has discussed plans to open a New York-style bodega with coffee, muffins, bagels, and items that would appeal to local residents.

At last week’s meeting, Azar told the board that he has been in regular contact with Khdeir, who still has plans to invest in Batesville. Until the owner can follow through with his plans, he asked Azar to help him lease the building. In the October meeting, Azar told board members an empty building at such a prominent location on the Square has negative economic impact, urging them to grant Autrey permission to relocate his business.

In other Code Enforcement business brought before the Mayor and Board of Aldermen, Miley Davison was granted another two-year extension of a conditional use permit that allows her and other volunteers to operate the Upward Bound program at 115 Wood St.

Operating the program from a residence requires a permit for a community outreach center, by definition. Berryhill told board members his office has never had a complaint about the program and asked them to approve the Planning Commission’s recommendation to grant the extension.

The board also approved the Planning Commission’s recommendation to grant Amanda Griffin another two year conditional permit to sell seafood from a temporary or portable building, or tent. Griffin will continue to manage the seafood sales on the vacant lot located on the south side of Hwy. 6E between the Shell convenience store and the East Oaks Shopping Center.

Berryhill said Joe Snyder has sold seafood there with the board’s permission for many years, and is turning over the business to Griffin, a relative who will continue to operate the temporary business in the same fashion.

Haven’t had any problems, or complaint in the past

Seafood – also an extension of request

No complaints – always complied with use

Set up between shell station and east oaks shopping center