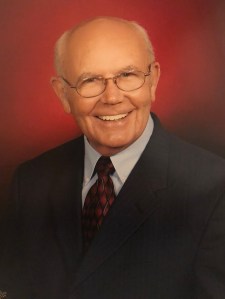 The funeral service will be held at 2 p.m. Friday, Nov. 6, at First Baptist Church of Batesville, where he was a longtime member and supporter.

Senior Pastor, Dr. Tommy Snyder of First Baptist Church Batesville will be officiating. Visitation will be held from noon until 2 p.m. at First Baptist.

Arrangements are being handled by Parker Memorial Funeral Home of Bruce.

John (lovingly referred to by his grandchildren as “Pappy”) was born in Bruce,  on Oct. 22, 1940. He graduated from Ellard High School.  Following graduation, he entered the Army and served for 3 years.  After his service in the Army, John began his finance career at City Finance and eventually started his own business in May of 1974, Treasurer Loans in Batesville.

At the height of his lending career, John had more than 25 offices in north Mississippi.

John married the love of his life on July 27, 1963, Joan Longest Brasher which they had many happy years together before her passing, and was blessed by having three children in their life.

John is preceded in death by his wife Joan Longest Brasher, parents Howard and Lura Riley Brasher of Bruce, and a sister, Lavonia Robuck.