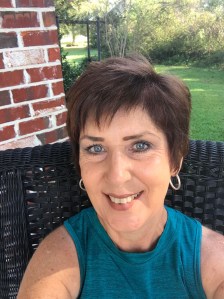 It was another grey day in Picayune, and the need for a little sunshine and fun drove my son, Ryan, and I to go on a little adventure. Soon the cloudy skies gave way to a lovely shade of blue as we drove up I-59.

We chatted amicably as the car’s wheels turned, taking us closer to our destination of Laurel. I just love HGTV’s Hometown with Ben and Erin Napier at the helm, and thought we would enjoy strolling around downtown Laurel.

One of my favorite episodes of the show featured Miss Pearl, an elderly woman who owns and operates a downtown restaurant. Soon after we parked on the beautiful brick street Ryan and I noticed a lot of activity on the corner.

“Ryan, I bet that must be Miss Pearl’s place. Are you hungry yet?”

“I’m beginning to get there. Let’s go check it out.”

As we walked closer I noticed that it was indeed Pearl’s Diner. We waited in line to order and met a group of ladies from Alabama also visiting. The food was delicious although very fattening I’m quite sure.

I was a little disappointed that I didn’t get a chance to meet Miss Pearl, but I noticed a couple of workers taking a break in the alley behind the restaurant and stopped to chat. Miss Pearl’s sister, Betty, wouldn’t give up the collard green recipe, but she and her friend were happy to visit and take a picture with us.

I’ve never been star struck, but Hometown is my favorite show. Who would have thought that even though movie stars don’t impress me much, the young couple that renovate houses and seem so kind and genuine, do.

The shops were great and filled with tons of interesting items so the day was shaping up just fine. We walked the lovely streets and found Ben and Erin’s house. I wanted to take a picture, but Ryan thought that might be an invasion of their privacy, so I refrained.

Our day was almost over, and it had been so much fun. We met a sweet lady from Chicago outside the Mercantile and realized that Laurel had become quite the draw for visitors from all over.

Ryan and I sat on a bench outside Scotsman’s General Store to catch our breath when he whispered to me and pointed behind his hand where no one else could see.

My heart started to beat faster when I saw big, burly Ben with that red beard and a huge grin. As he walked closer I could not contain myself any longer, and both of my hands started to flap in the wind like a wild bird.

Ben looked at me and his hands flapped with the same giddy enthusiasm as if he had just noticed a long lost friend. My excitement rose to a crescendo as the big guy walked closer and closer. Right before I bellowed out his name I realized… it wasn’t Ben.

Pumpkins and wedding were highlight of Halloween