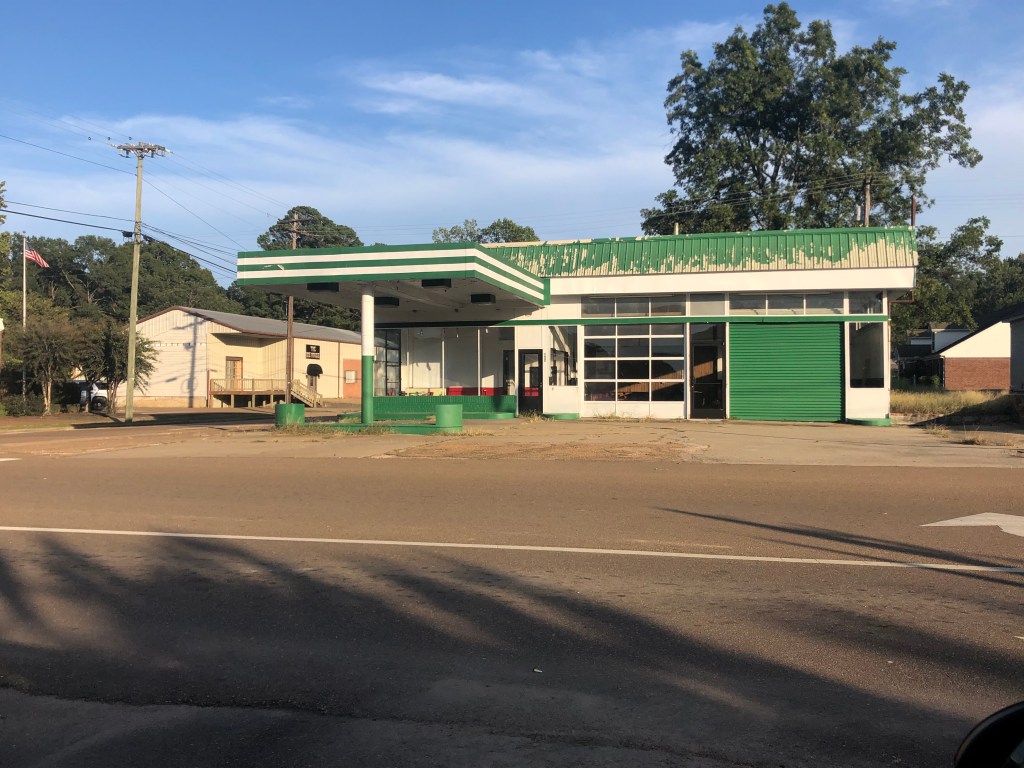 The northeast corner of the Downtown Square is the site where a local car dealer wants to open a classic car business.

Batesville aldermen will next month consider a recommendation from the Planning Commission to make necessary zoning changes that would allow local used car dealer Jeff Autrey to open a classic car sales business in the former gas station building located on the northeast corner of the Downtown Square.

The long-empty building was recently purchased by Clarksdale businessman Ali Khdeir, who has discussed plans to open a New York-style bodega with coffee, muffins, bagels, and items that would appeal to local residents.

Panola Partnership CEO Joe Azar spoke to the Planning Commission at its regular meeting Monday at City Hall.  The matter was not on the regular agenda, and Azar told the commissioners the opportunity for Autrey to lease the building for a year had only been presented that morning.

Khdeir was unable to attend the meeting and must return to Jerusalem next week for personal business. “We know that is rushing things more than we normally would, but Mr. Khdeir will only be in Batesville Friday and Saturday so we are trying to have this approved as quickly as we can.”

Speaking for Autrey to the board, Azar said the local car dealer had asked his office to help locate space in the city smaller than the current pre-owned lot he operates on Hwy. 6. Azar said both the Partnership office and the Main Street Program have been searching for an occupant for the building when the new owner suggested he would like to lease the space for a year before pursuing the coffee shop project.

“Mr. Autrey would like to scale back some and we think this is a perfect opportunity to fit his needs and to make the building more attractive for the betterment of the whole downtown area,” Azar said.

Azar said if approved by the city, Autrey will likely paint the building white with a light yellow accent to replace the peeling green that has been on the building for a number of years. “This will be a nice touch for our downtown area and I’m asking this board to consider letting Mr. Autrey to move forward with it,” he said.

Asst. City Attorney Colmon Mitchell, attending the meeting by telephone, told commissioners he was unsure what legal action would be necessary to allow for the type of business that Autrey proposed, but they could approve the matter in principle and his research would determine what path would be needed.

Car lots are allowed only in C-3 zones, and re-zoning the corner of the Square in question to a commercial designation would involve a public hearing and final approval of the Mayor and Board of Aldermen.

City board members are more likely to approve a variance of the Downtown Business District zoning to allow for car sales, but either option requires a majority vote of the city council. The Planning Commission’s vote to approve the request was unanimous.

Also in attendance in the meeting, but not speaking for or against the request, was Mayor Jerry Autrey, brother and one-time partner of Jeff Autrey. After the meeting Mayor Autrey said he believed the Planning Commission made a good decision giving preliminary approval and sending the matter to the full city board.

Cutline:    The northeast corner of the Downtown Square is the site where a local car dealer wants to open a classic car business. (Jeremy Weldon)