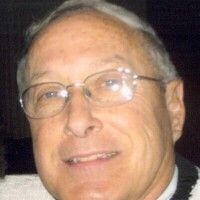 A memorial service will be at 2 p.m. Sunday, July 12,   in the Martin Willingham Memorial Chapel of Wells Funeral Home. The family will receive friends beginning at 1 p.m. prior to the service.

Jerry was born July 7, 1942 in Columbia, TN to the late Martin Preston and Bertha Ethel Fralix Clark. He graduated from Columbia High School and went on to attend William Carey University. Jerry was the former pastor of the Marks Church of God in Marks,  and was currently a member of the First United Methodist Church in Batesville.

He also worked for Kimbro Funeral Home in Marks for a few years. Jerry finally retired from Farm Bureau Insurance Company. His civic affiliations included the Civitan Club and the Lions Club. He loved to travel and spending time with family and friends. Jerry would always lend a helping hand to anyone at need at any time.

Jerry’s life and legacy will be remembered most by his wife, Dianne Cox Clark of Batesville; three daughters, Tonya Coker (Chris) of Batesville,  Miki Elmore of Oxford,  and Angela Murphy (Billy) of Biloxi; two sons, Jeff Clark (Sandy) of Birmingham, AL, and Jerry Clark, Jr. (Candice) of Oak Ridge, TN; a brother, Glen Clark of Atlanta; 10 grandchildren and 10 great-grandchildren, and also a host of nieces, nephews and cousins.

Along with his parents, Jerry was preceded in death by his brother, Frank Clark and one grandson, Cameron Coker.